An Open Letter to Chris Ritter 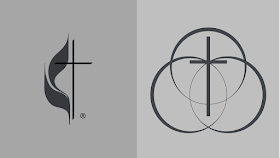 Dear Chris,
The United Methodist Church that you and I both love is facing schism. It is a matter of public record that the Wesleyan Covenant Association (WCA), the advocacy group which you help lead as part of their Global Council, has announced that whether or not the Protocol for Reconciliation and Grace through Separation finds support at our next General Conference, the new breakaway denomination called the Global Methodist Church (GMC) will be formed without delay.
I have not had the privilege of meeting you, though you served as keynote speaker in a rally in Birmingham, near my home, held to gain support for the new Methodist movement that will be seceding from the UMC. I wrote a public letter after that event, indicating personal reasons why I am choosing to stay in the UMC. It surprised me as much as anyone that it went viral, and a response to my letter was written and signed by the North Alabama chapter of the WCA and others who organized the rally.
In the spirit of open conversation, I offer this open letter to you, since you recently published a comparison chart that is being distributed by the North Alabama chapter of the WCA, and I presume other chapters as well. It was a well-designed effort in which you contrasted what will be the post-separation United Methodist Church with the newly announced denomination the GMC.

I can see the appeal of such an exercise. Laity need to understand the issues before us, and the issues are complex. There is generalized anxiety in the church. There are many variables, since there is a strong possibility that General Conference will be delayed again due to the coronavirus, and it is possible that the Protocol will not pass, or that one of the other plans coming before General Conference will pass, or that the Protocol will pass but with significant changes, or that all or part of it will be deemed unconstitutional by the Judicial Council. However, no matter what happens, the GMC has announced that it will withdraw and form as a new denomination. As churches prepare for a journey that may eventually lead to local church decision making, a chart makes it simple and easy to understand.
Most of what you indicate on the chart could be considered accurate. However, there are three major blind spots which force me to deem it a well-designed promotional piece, intended to persuade people to leave our denomination, instead of providing a balanced and complete picture.
First, the sections describing the beliefs of the post-separation UMC on abortion and pluralism are pure conjecture and have nothing to do with the Protocol. Of course, the UMC will continue to have a General Conference every four years. But no changes in teaching on these issues are indicated in any of the Protocol legislation. Speculating about these “hot button” culture war issues muddies the waters, alarms and confuses laity, and makes the chart a biased effort with partial truth, at best.
Second, it is conspicuous that the chart does not address contrasting information that is less of a “selling point” for people you are hoping will join you in the new denomination. For example, there is a section on “congregational fidelity” in the GMC’s Transitional Book of Doctrines and Discipline by which a local church can be summarily dismissed from the new denomination if their beliefs or practices are deemed unacceptable in some way by governing bodies beyond the local church (this has no parallel in the United Methodist Discipline). There is a subtle but important change in how the doctrine of grace is presented in the new Transitional Discipline compared to the standard, traditional UMC teaching. There is an intentional change in language about laity trials, compared to the same section in the UMC Discipline, that implies laity could be put on trial for their sexual orientation. There is a self-appointed governing body called the Transitional Leadership Council which has an overwhelming amount of influence over the affairs of the church and broad powers it can later bestow on “its successor.” We have no such thing in the UMC. I could go on.
Third, the very nature of your chart implies that this is a binary choice between two destinies, and this is simply a false narrative. The Protocol does not split the denomination into two parts. Rather, if it even passes, it will allow for the gracious withdrawal of more than one denomination, at least one “traditionalist” denomination and one “progressive” denomination, from the main body of the UMC with millions in start-up funding. The post-separation UMC would remain the largest Methodist body in the United States and remain diverse in thought with traditional, centrist, and progressive pastors, laity, and churches. The Protocol does indicate that the post-separation UMC will remove controversial language in the Discipline regarding human sexuality. However, this action does not “redefine marriage” or force pastors, local churches, or annual conferences to make any decisions or follow any practices they aren’t comfortable with. Rather, it is choosing to allow for diverse and contextualized ministry across the country. In contrasting your two projected denominations on the subject of ordination, for example, you use a simple “yes” or “no.” This does not reflect any nuance of what the post-separation UMC might negotiate to contextualize ministry in the future, according to the Protocol itself.
I am not condemning your attempt to provide a chart. I am appealing to the laity of the church to read your chart with discernment. Some may find it helpful, but it is clearly intended to persuade and it does not give an accurate and balanced picture. I have attached a list of more primary sources from a variety of perspectives that should be read in concert with each other. This will give laity a better picture of the whole.
May God bless your new movement so that together, we can reach different people for Christ in the ever-expanding streams of American religious tradition.

Rev. Dr. Steve West
Member of the North Alabama Conference of the UMC

Resources for Study and Discernment

For readers that are part of my home conference, the North Alabama Conference, there are two grassroots resources intended to persuade that should be read and compared:
New Methodist Movement (traditionalist)
Stay UMC (centrist)
musicalpreacher at Sunday, July 18, 2021
‹
›
Home
View web version