"My feets is tired, but my soul is at rest."

Inspired by a recent trip to Atlanta with my family to the Martin Luther King, Jr., National Historic Site, I read his Letter from the Birmingham Jail this week. The title of this post is his grammatically imperfect but spiritually powerful quote from an elderly woman working hard in his movement. It reflects the power of the untiring movement for social change and the passion of the people that were so committed to the social implications of the gospel.
I have spent most of my life in Alabama, and a large part of that in the Birmingham area. But I was born in 1965. I am of that strange generation that was alive when King was assassinated, but do not remember it. What I do remember is schoolhouse culture during the years just after his death, when prejudice and stereotyping was embedded in playground humor. It was considered acceptable when I was in grade school but I didn't like it at all. And I find it offensive now.
I think about the sad fact that my first close friend who was African American appeared in my life when I was in college. Yet friends of all races now bless my life and some are people I look up to as mentors the most. I am of that generation that grew into this idea that the dream he lived and died for could really happen. We're definitely not "there" yet, and there is much work to do. But I've seen the generation when the door cracked and light started to come in.
King is one of my heroes not only because of what he did and what he said, but because of the integrity of his heart and faith. I reflected as I read on his amazing clarity and the love of Christ he had as he stated so clearly his reasoning for this movement of non-violent resistance. I wonder if in a different generation I would have been one of the "white moderate" preachers he became so frustrated with, sympathetic to his cause but crying "wait" and "not yet" and "too extreme." I hope that I would not have been, but I look deep in my soul and wonder.
He said in the letter that at that time, Birmingham was perhaps the most segregated city in the nation. That is not a surprise, but it struck to my core to see it in print. He talked of infamous characters like Bull Connor and George Wallace, names I've heard stories about all my life.
I love Alabama. This is my home, and being one of the lightening rods for the civil rights struggle is part of our story. We need to tell the story and own it and behold what good things God has done with us in our very lifetimes. The future of the character of southern culture can never mean forgetfulness ... nobody ever finds redemption and reconciliation through forgetting, only through forgiveness. So I read the letter again, and I remember where I've been in my personal journey from racism to freedom, and I honestly reflect on how far I still have to go to live fully in the values of the kingdom of God.
Whether you live here or not, I invite you to read the letter, too, and let God's healing light shine on the dark recesses of sin that remain in every heart, even every heart that belongs to Christ. If this feels like something of the past that has nothing to do with your life, you're not looking very deeply. Remember the struggles that make us who we are. Remember and do not forget.
Posted by Steve West at Friday, June 25, 2010

Today is Father's Day, and I've been reflecting lately on how integrated fatherhood has been in my spirituality. It is part of my vocation, my core identity. Much of my prayer life has been shaped by it. I just got back from a brief but fun family vacation and got a nice call from my older daughter while I was there. Fatherhood is feeling like a very good thing.
Today is a good day for a few light-hearted Bill Cosby quotes. I hope they bless your Father's Day:

"A new father quickly learns that his child invariably comes to the bathroom at precisely the times when he's in there, as if he needed company. The only way for this father to be certain of bathroom privacy is to shave at the gas station."
"Even though your kids will consistently do the exact opposite of what you're telling them to do, you have to keep loving them just as much."
"Fatherhood is pretending the present you love most is soap-on-a-rope."
"Having a child is surely the most beautifully irrational act that two people in love can commit."

"Human beings are the only creatures on earth that allow their children to come back home."

"I guess the real reason that my wife and I had children is the same reason that Napoleon had for invading Russia: it seemed like a good idea at the time."

"If the new American father feels bewildered and even defeated, let him take comfort from the fact that whatever he does in any fathering situation has a fifty percent chance of being right."

"No matter how calmly you try to referee, parenting will eventually produce bizarre behavior, and I'm not talking about the kids. Their behavior is always normal."

"Raising children is an incredibly hard and risky business in which no cumulative wisdom is gained: each generation repeats the mistakes the previous one made."

"You know the only people who are always sure about the proper way to raise children? Those who've never had any."
Posted by Steve West at Sunday, June 20, 2010

"Lord, You Call Us to Your Service" Published

I recently got hold of my first copy of the new "Celebrating Grace Hymnal". It contains one of my hymns, co-authored with Bishop Willimon. It was an odd feeling to see my name published in a real hymnal for the first time.

The "Celebrating Grace Hymnal" was published in association with Mercer University for use in various settings. Mercer is associated with the Cooperative Baptist Fellowship and this is an alternative to "The Baptist Hymnal" published last year.


The hymn, "Lord, You Call Us to Your Service," is an ordination hymn which may be sung to LAUDA ANIMA. It was co-written with Bishop Will Willimon to be used for ordination services in the North Alabama Conference. It would also be appropriate for use when a church receives a new pastor.

More information about the new hymnal may be found at Celebrating Grace. To see the hymn set to music, go to the General Board of Discipleship Worship Website. Here is the hymn text:

Lord, you call us to your service, summon us for work divine,
Reach to us for life’s vocation as the witness you design.
Alleluia! Alleluia! Send us as your kingdom sign.

Great Creator of the living, in the dark your light shines through.
Out of nothing, you have made us priestly people, holy, true.
Alleluia! Alleluia! Make our lives as songs to you.

Son of God, great incarnation, Father’s gift of suffering love,
In your teaching, healing, working, you have shown us life above.
Alleluia! Alleluia! Grant us holy lives thereof.

Prodding Spirit, holy presence, calling each of us by name,
In our leading, preaching, witness, help us not your pow’r to tame.
Alleluia! Alleluia! Lead us, all your gifts to claim.

Lord, you call us to your service, grant us fruit as you ordain.
Risking all, we make disciples, working for your coming reign.
Alleluia! Alleluia! Faithful servants we remain.

I Was Glad When They Said Unto Me

My Hope is In the Everlasting God 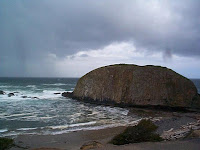 I have a new hymn that is now published on the General Board of Discipleship Worship website entitled "My Hope is In the Everlasting God". I share it with you in hopes that it deepens your journey. It emphasizes the dual nature of gentleness and strength in God's love.
You can find the words with music at My Hope is In the Everlasting God. The lyrics are:
My hope is in the everlasting God.
The ages tell the story
Of sheltering wing, of strong and mighty rod,
Of gentle grace and glory.
In whispering breeze, in bravely sounding storm,
Your voice awakes creation.
In Christ, divine, you serve in human form
For every generation.
Copyright 1995 Stephen P. West, all rights reserved.
Posted by Steve West at Tuesday, June 08, 2010

The Joy of Planting Seeds

One of my ancestors is Rev. Isaac Taylor. Taylor was my great, great, great grandfather. Back when the Methodist movements of North Alabama were part of the Mississippi Conference, he was one of a trio of brothers who were circuit riders and pastors starting in the 1820's. He is buried in the graveyard at Taylor Memorial UMC near Trussville, Alabama, a church his brother founded.
I recently got information on his appointment history from an archivist who searched the General Minutes of the Methodist Episcopal Church. She found the following:
MISSISSIPPI CONFERENCE
1836-37 Admitted on trial. Appointed to Louisville in the Holly Springs District
1838 Admitted into Full Connection. Appointed to Rankin in the Brandon District
1839 Serving as a Deacon. Appointed to the Decatur Mission in the Paulding District
1840 Located
I wrote to churches in Louisville, Brandon, and Decatur, Mississippi, hoping to find some sense of any churches which might know of remaining evidence of his work. I immediately heard back from the pastor of Louisville First UMC. He said that the church was founded in 1836, but that the first pastor was not sent until 1837, a Rev. Langford. Otherwise, the records are sketchy.
Wow. It seems obvious to me that my ancestor had something to do with that church ... the dates are too coincidental for me to believe otherwise. Perhaps he actually helped organize it, or perhaps it was simply a result of his preaching missions in that area. I enjoyed looking on the church website and downloading a bulletin, finding that it is a nice sized, thriving downtown church. I wonder if my great, great, great grandfather could have imagined its future.
Probably not. The joy of planting seeds is that we really don't know where it will lead. I love the parable of sower because it is the way of the kingdom of God. We spread love freely, and some of it takes root according to the richness of the soil. We are not in charge of how well the plant grows, but simply with the task of spreading seeds freely. In today's culture fixated on production and results, we could learn from saints who passionately plant seeds and trust God for the results.
I wonder when I attend that church meeting, or post something on my blog, or say a kind word, or share some music, or spend some time with my kids, or perform some random act of kindness if I can ever imagine where it might lead?
That's the joy of planting seeds. I have no idea. There is such freedom in letting go of results.
Posted by Steve West at Tuesday, June 01, 2010