Going Back to the Graveside

The United Methodist Church I love so dearly is navigating rough waters. Recently, our Western Jurisdiction (comprising the churches of 12 western states) stepped out in nonconformity against denominational rules on ordination, marriage, and sexuality. Naturally, some consider this a courageous act of progress, while others consider it a major violation of covenant. 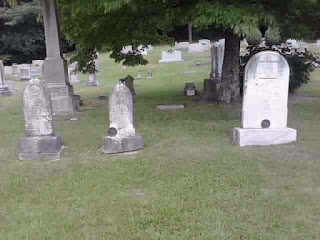 When changing tides shift the sands, I gently come back to a vivid memory that never fails to refresh my perspective. Almost 20 years ago, I visited the grave of my third great grandfather, Isaac Taylor. The moments I spent there became etched in my soul in a way that shaped my entire life and ministry.

He is buried at Taylor Memorial United Methodist Church near Trussville, Alabama. He was a Methodist circuit rider in the early 1800's, one of a trio of brothers who were traveling preachers in early Alabama history. Grandpa Taylor is buried next to his brother, who started the church, preaching at a nearby water hole.

When I get a little hard on myself, I remember that he wasn't the most perfect of ministers either. Historical records (written by my wife's ancestor, ironically) show that he barely passed his ordination exams, he was so uneducated and uncouth.

Later in life, he had to step out of ministry for a while because of a scandal. His wife disappeared, and critics of the Church accused him of killing her. Only later was his name cleared by someone who saw her in Texas with another man.

Anyway, I hadn't been ordained pastor very long when I was asked to preach for the homecoming at Taylor Memorial. In between services, I headed out to his grave.

This was just after a church protest had taken place out west, an incident that made me ponder whether the Church would divide during my lifetime. I wondered, as a relatively young United Methodist pastor, what in the world I had signed up for. It was downright depressing.

Yet there I stood at his grave. I stood there, weeping as a wave of peace came over me. The Spirit spoke to me, as if to say "Steve, you were ordained in the United Methodist Church. Your father was ordained in a different denomination, for it was called the Methodist Church.

"Steve, I don't care what you call it. It doesn't matter how you organize it, because this is my Church. The fire of faith will keep burning."

It struck me, as I stood there praying and looking at the years etched in the stone, that during Grandpa Taylor's life and ministry, the church divided over issues of slavery. Yet the Spirit kept moving. In fact, it was a season when the Church in America was growing like wildfire.

And so I began the long process of letting go and trusting God for the future.

My ministry has been a journey of realizing that I have stepped into a larger picture of the movement of the Holy Spirit across many generations, with all its struggles as well as its joys. My life is lived in context.

I can't fix the big issues. I am called to serve the gospel faithfully and trust my God for the rest. The future belongs to God. 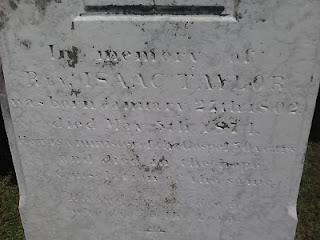 
My denomination is having some rough times. As the most evenly spread denomination in the United States, naturally there is different consciousness in different parts of the country.

But I have no fear. God is with us.

Steve West is a husband, father, minister, musician, and writer who pastors Arab First United Methodist Church. His blog, "Musings of a Musical Preacher," is found at stevewestsmusings.blogspot.com.

Posted by musicalpreacher at Saturday, July 30, 2016