The Kingdom of God and Life after Death 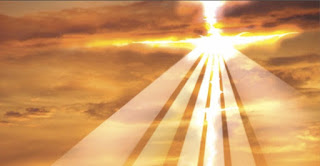 I prepared this for the last couple of weeks of a study I did for my Wednesday night class on the "Kingdom of God" spanning the Old and New Testaments. I thought I'd share it online.

Over the years, I have contemplated a number of traditions in scripture regarding the kingdom of God and the afterlife. Jesus speaks about the kingdom more than any other subject. It is a great mystery we live into and a reality we pray into being. Jesus taught us to pray, “thy kingdom come, thy will be done on earth as it is in heaven” and this prayer is the centerpiece of our missional theology.

There is much in the scripture that leads up to Christ’s teaching on the kingdom of God, starting with the longing for an earthly king by Israel, who was tired of the pesky Philistines, and God’s warning about what it would entail (taxes, the draft, giving their daughters away, etc.). Then, as if out of the disappointments that these human kings brought, there emerged in the scripture a longing for a Messianic king. As we flip over to the New Testament, Jesus, the Christ, fulfills these longings as the Messiah and begins to teach openly about the kingdom. From this theological setting, there are strands of tradition that develop in New Testament scripture about the ultimate reality of the coming kingdom. As George Ladd aptly said, in the Christ event the kingdom was “fulfillment without consummation.”

Jesus promises that there is more to the redemption story beyond the grave and beyond present history, and Paul begins to shed light on it. But we are left with mystery about the details. Jesus couldn’t be more clear about the gift of heaven to look forward to, in the midst of controversy between Pharisees and Sadducees over whether there is an afterlife. But by the masterful design of God’s revelation, we are left to trust how the end times pan out.

Personally, I do not buy into the fundamentalist concept that every strand of scriptural tradition is meant to be literal and somehow fits together in an elaborate scheme of the end times. For example, I do not believe in the rapture (a word not in the Bible), but that Jesus was using metaphorical language to describe an aspect of the second coming. Similarly, I do not believe in a thousand years of the kingdom on earth, because it is based on one verse in the book of Revelation, which is chalk full of metaphorical language. There are those who write books and make charts and argue details, and it’s a futile effort in our worship of the one who said that only the Father knows the times and seasons.

Here are some scriptures to study, as I have personally categorized them. In the strands of tradition under “unrealized eschatology,” I hold them up in creative tension rather than trying to be too exacting about how it all happens.

I always emphasize our two-part promise for the afterlife. There is both an immediacy of heaven for those who call on the name of the Lord in this life, as well as a second coming which brings ultimate reconciliation of all things and raises souls that are asleep in the last days (though I don’t believe God will destroy the gift of free will, so I’m not really universalist). With John Wesley, I don’t buy purgatory and see it as an invented solution to this dynamic tension between the “now” and “not yet.” Just holding up the two-part promise, and trusting God for the rest, is what makes the most sense to me personally.

But study it for yourself and see what you think.

The Kingdom is NOT YET – “Unrealized eschatology”

Fifth strand of this tradition – UNIVERSAL restoration:
Acts 3:19-21 – Jesus in heaven “until the time of universal restoration”
Jn 3:17 – not to condemn the world but that the “world” might be saved
Jn 12:32 – when Christ lifted up from earth, will draw “all the world” to self 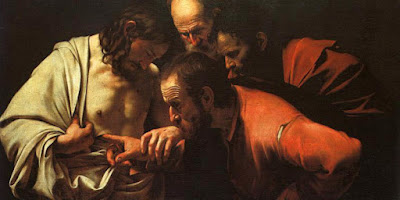 This is my column which was published in The Arab Tribune on Wednesday, May 2, 2018.

This has been an emotional few weeks for me.

I do tend to have a little rush with the coming of spring, but my recent highs and lows are not just because spring keeps coming (after I have gotten my winter clothes back out … again).

I suppose it started with Easter, when the biggest crowd of the year gathered at church to rekindle our joy in the resurrection and our faith that Christ is alive. Then in the middle of that same week, my best buddy (since the age of 15) had surgery to get a new kidney.

It’s a day I have spent much of my life preparing for, because he is a walking miracle and I knew the time would come. His parents were told he wouldn’t live past the age of 8, and he’s made it to 52. I love that way he proved them wrong, but now it was time for that transplant. He’s had a bumpy recovery, but for the new kidney, so far so good. He’s taught me many times how to be full of life, and he’s teaching me again.

As if that were not enough, by the end of that same week my daughter got married. I was giddy. I have performed hundreds of weddings in my life, but I had exactly one moment in time to be father of the bride.

I laid awake at night planning my speech to toast the happy couple. I got to walk her in, I got a big kiss on my cheek … all the things I had dreamed of. The emotions continued, too. It was a small backyard wedding, so naturally we have family party after family party for the relatives (one down, two to go!). Being the extravert I am, I loved meeting my new son-in-law’s folks in Mobile the weekend after the wedding, and wishing the two newlyweds off on their honeymoon cruise.

So I’ve had a couple of weeks of big emotions, which I can’t describe without a dad joke. I felt like the circus clown who is always stressed, because every day was “in tents.” They were intense indeed.
Just in case you think Easter, a kidney surgery, a wedding, a funeral, and a weekend of meeting the in-laws were enough, the church I joyfully serve paid their last loan payment on the campus we have been on for 18 years. I had no idea how emotional it would be for me to be there for the photo op at the bank and announce our mortgage burning ceremonies. It was unreal.

Now that all of that is over, I have something to say. Relish the moments. Life is not perfect, love is not perfect, and people are not perfect. Give up your expectations on that. Just let the love of God show you how to see life more perfectly. Enjoy the moments of your life because they will never come again.

I also have something to reflect on. In my roller coaster since Easter, I could hardly sleep at night. Can you imagine how emotional their post-Easter experience was?

Jesus’s followers had spent three intense years with him. Then there was all the betrayal, denial, and arguing around the table before a horrible crucifixion. The first apostles, the women, had told them what must have seemed like wild tales of his risen appearance. So they didn’t know what to feel.

They were behind closed doors, locked away “out of fear,” the scripture says. Then Jesus shows up. He started out with a word of peace. Then he showed them his hands and side, and the disciples threw a party.

Can you imagine the emotions? Mine don’t even compare. This year, in the wake of Easter with all my wild experiences, crazy sensations, and gut reactions, I saw something in this story I’ve never seen before. When Jesus showed up, what did he have to show for it? His hands and side.

I guess I thought Thomas was the one that had the bright idea of sticking his fingers in the holes of healed and resurrected flesh because he was the kind of person that wanted proof. But now I see that maybe he was just plain excited. His doubt was mainly because he wasn’t there the first time Jesus swept in.

Would you have believed it? Showing off his hands and side was Jesus’ idea, not Thomas’s. He did it for the others a full week before Thomas asked for it. That’s because his answer to fear and doubt is grace. We give Thomas a bad rap, but this story is not about the depths of his doubt. It’s about the joy of Jesus’ gift.

When I got in touch this year, in my own little way, with all the emotions of the stunned disciples, I began to read differently Jesus’s comment to Thomas,“blessed are those who have not seen and yet have come to believe.” Maybe it was less of a reprimand and more of a bridge, leading to the next words, which are the key words of the book of John, “Now Jesus did many other signs in the presence of his disciples, which are not written in this book. But these are written that you may come to believe.”

This was not finger-wagging, it was a setup. That’s how grace works.

Jesus could’ve done some other miracle when he popped in that day. He could have changed water to wine again, or multiplied loaves and fishes, but no. No tricks. Jesus showed his wounds, because it is healed wounds that reveal the power of resurrection.

That’s true for us, too. Sharing the love is not just about words and it’s certainly not about miracles. In the wisdom of God, it’s the fleshly, the real, and the practical that makes the difference. Share your wounds.

Not too long ago, Dwayne “The Rock” Johnson, the famous wrestler-become-actor, spoke publicly about his and his family’s struggles with depression. His mother had once attempted suicide, and he reflected on his feelings after that. “Struggle and pain is real. I was devastated and depressed. I reached a point where I didn’t want to do a thing or go anywhere. I was crying constantly.”

When I see “The Rock” on TV, I see someone quite strong, so I was surprised. But I admire him even more. He had the courage to be real, to be honest. His healed wounds can become somebody else’s healing grace.

He said, “We all go thru the sludge and depression never discriminates … [it] took me a long time to realize it but the key is to not be afraid to open up. Especially us dudes have a tendency to keep it in. You’re not alone.”

Openness is not sign of weakness. It’s a testimony of strength. I myself have overcome depression. You may be surprised that a preacher would say that, but don’t be. It is how God grabbed hold of me. It was a living nightmare, but it led to a depth of prayer.

Do you have wounds in your life? See his hands and side. He joins us in our woundedness. Join him in the emotions of those resurrection moments, and share your healed wounds with someone else. Believe. Trust.

Steve West is a husband, father, minister, musician, and writer who pastors Arab First United Methodist Church. His blog, “Musings of a Musical Preacher,” is found at www.stevewestsmusings.blogspot.com.
Posted by musicalpreacher at Wednesday, May 02, 2018 Links to this post