Acts of kindness are seeds of Christ's love 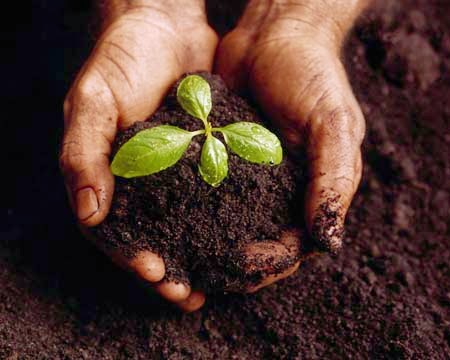 This was my column that was published in The Arab Tribune on Wednesday, January 28, 2014.

Another version of it was published in the Faith and Values section of The Huntsville Times on Friday, March 25, 2011.

We were in seminary and both on the part-time staff at the church where we were wed. Naturally, a large group from the church came.

The experience was complete with choir and hand bells, a car decorated by the youth group and lots of bird seed tossed.

The wedding was on Saturday, and we happily went on our honeymoon to Gulf Shores. But by Tuesday, I was feeling a strange, niggling, little itch in my left ear.

I started complaining to Sandy about it. It got worse and worse every day.

By Thursday, in desperate need of relief, I was scratching inside my ear. Lo and behold, my fingernail caught on something. I pulled it out.

There it was - a piece of bird seed that had lodged in my ear. And it had sprouted!

It had become a tiny little plant. Not only that, it was growing inwardly. No wonder it had been driving me absolutely crazy.

One year, I preached on the parable of the sower and proudly told the story of the seed sprouting in my ear. Though some seed falls in places where it won't grow, I made the conclusion that "seeds take root in fertile ground," referring of course to my head.

The church found that a bit humorous.

Yet, I never will forget the man who came up to me after the service and said, "You know what fertilizer is made of don't you? Manure!"

Then he just walked off. I deserved that.

At my going away party upon leaving that church, he gave me a dentist's mold of an ear with a little plant growing out of it. He wrote on the side, "Hear the Word, Plant the Word, Do the Word."

I keep it in my office to remind me that God can do great things with one little seed, no matter how unlikely the place is that it is planted.

Jesus said that if we had the faith of a mustard seed, we could move mountains. An entire forest begins with one seed.

No matter how small it is, each act of kindness, each word of grace, and each demonstration of Christ's love is a seed.

Do we trust in this mystery? God provides the growth.

Steve West is a husband, father, minister, musician, and writer who serves as pastor of Arab First United Methodist Church. His blog, "Musings of a Musical Preacher," may be found at stevewestsmusings.blogspot.com.
Posted by musicalpreacher at Thursday, January 29, 2015