The Crossroads of Hope 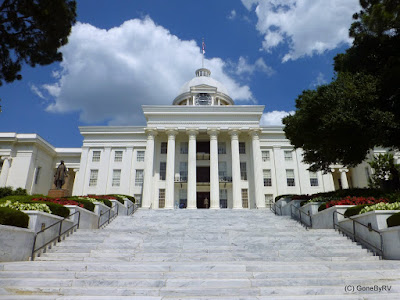 This is my column that appeared in the Arab Tribune on Wednesday, March 30, 2016. The editor told me it made him cry. I'm honored (I think!).

There are times when I feel like I’m standing on the crossroads of history, and it always brings with it strangely mixed feelings.

As I see it, standing on crossroads is different than having memories of historical events. I can indeed remember when I was four years old, watching the first man walk on the moon. I was mesmerized on the den carpet.

I can remember being seven when my mother sat me down to watch the president resign and cry on TV. “This is important, you will thank me later” she said.

I remember being on the bus on our college choir tour watching the Space Shuttle explode on television, over and over and over.

I remember the high school classroom where I was hosting teacher appreciation day, sponsored by the church I was starting, on 9/11. Our hospitality room took on a quiet and heavy tone as teacher after teacher came in to watch the news.

All these are powerful memories of potent experiences. But the feeling of standing on the crossroads of history is more than that. It is being in a place where many roads intersect and many memories collide, where my personal recollections blend with corporate remembrances of previous struggles.

One of these crossroads was a result of my involvement with the Marshall County Leadership Challenge. Some 25 leaders from our great county have been on a journey together all year, and this month we went on a field trip to Montgomery to explore state government.

After a fascinating tour of the capitol building, which I had not seen since grade school, I walked out upon the front steps. For a moment, in the midst of a crowd, my emotions were whisked away and there was a strange feeling of silence.

As if suspended in time, I stood on the steps where Jefferson Davis, the first and only president of the Confederacy, was inaugurated. From there, I looked out upon a street scene which was the focal point of the march from Selma in March of 1965, peacefully demonstrating for the right for African Americans to vote. From this vantage point, I could clearly see the Dexter Avenue Baptist Church where Martin Luther King, Jr. had preached for several years prior to leading that march. To my right, I could admire the “moon tree,” a pine that had grown strong and proud from where it was planted, after Governor George Wallace had its seeds sent to the moon and back.

Our tour guide had already told us that his was the voice narrating the movie “Selma” and he had himself been in that march, having escaped injury on “Bloody Sunday” a few days beforehand. That was certainly impressive, but for me, this quiet space was more powerful than that.

Here in one place, experiencing a few moments to myself, I stood on the crossroads of several layers of bondage and brokenness, of heritage and hope, with stories of struggles stretching well over a hundred years long. Yet I could clearly see them from one standpoint. This is a crossroads indeed.

Since that moment on the Alabama courthouse steps, I have been thinking about my life. I am 50 years old, and a lot has happened in my one little life span. The march for black voting rights, which I experienced in my mind’s eye from the top of the steps, happened just six weeks before I was born. In subsequent weeks, before I saw my first daylight and breathed my first breath of fresh air, the first commercial communications satellite was launched.

Now we have had an African American president for eight years, and I can follow the news on election primaries on my phone which, by the way, holds more power in my pocket than the massive computer that put the man on the moon, an experience I had watched on a black and white TV.

I am an Alabama boy. I’ve never lived north of the Tennessee state line, and not one of my ancestors was a yankee. I am descended from fifteen Revolutionary War patriots and about half that many Confederate soldiers.

But I live in a new South, one that is even newer than the “New South.” It is where I love my heritage, and where I live my hope.

Perhaps my life, in itself, is a crossroads. I suppose that’s part of what makes it worth living. My character has not been forged by its struggles and successes in a vacuum. Our lives are lived in context. They take shape in the midst of the grand movements of history as well as the deeper and more subtle movements of grace.

These are difficult times. There is great hostility and violence, of divisiveness and hurt, in our world. But it’s not the first time, and it’s not the last.

But there, on those steps, what overwhelmed me was hope.

Steve West is a husband, father, minister, musician, and writer who pastors Arab First United Methodist Church. His blog, “Musings of a Musical Preacher,” is found at www.stevewestsmusings.blogspot.com.
Posted by musicalpreacher at Saturday, April 09, 2016 Links to this post

Easter Is Not "Over" Yet! 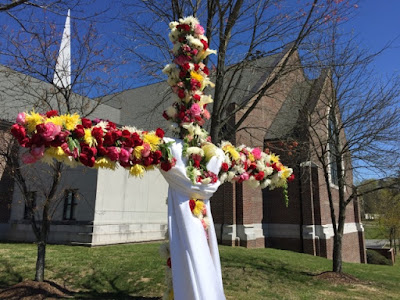 We have made some strange modern amendments to our most ancient Christians traditions.

It seems, for example, that Christmas is so heavily influenced by commercialism that it starts the day after Thanksgiving and ends on December 26. When we succumb to the frenzy, we miss out on the whole spirituality of Advent longing, and forget that Christmas is a twelve day season of feasting until January 6. We take down the tree and move on

Likewise, I wonder why we sometimes treat Lent as if it's a prolonged Easter season, and then go on to other things, as if it's all over, the day after Easter. Actually, like Advent, the tradition of Lent is a season of longing and anticipating, of expecting and journeying. And like Christmas, in our deepest tradition Easter is a season, not a day. It's Eastertide, the season after, which lasts for 50 days until Pentecost (which means, literally, "fifty").

That's why the birthday of the church moves around the calendar with Easter, and can be anywhere between early May and mid-June.

So here we are at the beginning of April, and I proclaim to you that Easter is not "over." There are so many powerful stories and images of new life we shouldn't be so quick to let go of them. It takes time to embrace the deep and multi-faceted power of the resurrection.

I invite those of you who might live in my neck of the woods to come to worship through April and May to explore with me through my sermon series, "We Will Rise." If you live out of town or already have a church home, you can also listen using our website or podcast.

In the series, we will savor the various resurrection appearances. We will use a text I wrote to go with one of my favorite new hymn tunes, YOU ARE MINE. We will add and explore one verse each week. The refrain after each verse is:

Easter is the morning of freedom,
Dayspring of new life in Christ.
Let all voices sing, let hallelujah's ring!
The day is coming, we will rise!

There are so many signs of new life right now, if we only have eyes to see! Let the scripture lead us to see with new eyes.
Posted by musicalpreacher at Friday, April 01, 2016 Links to this post