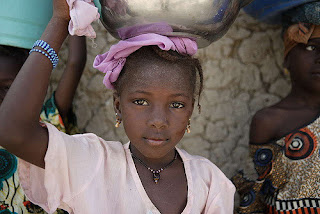 This column was published in The Arab Tribune on Wednesday, June 29.

I was familiar with the African tradition of carrying water on the head but had never seen it in person before. She carried it with such poise and grace.

On a mission in Ghana, our team came to a riverbed across the road from the orphanage. There were children squealing with delight in the flowing water, while others sat downstream washing clothes. My gaze rested on one young woman that stood with her feet planted in the stream and a large basin balanced above. Another used a bucket to help her fill it to the brim of capacity.

Soon she toted the vessel with a smooth steadiness, and they walked together with laughter and joy. I wondered if the glow on their faces was from serving their community or the companionship of a friend. Perhaps it was both.

My thoughts wandered to Paul's encouragement that we "bear one another's burdens, and so fulfill the law of Christ." It strikes me as odd that a few verses later, Paul uses the same Greek verb to say "for all must carry their own loads."

There are some things we bear the heaviness of, and no one can carry it for us. The good news is others can carry it with us. Sharing the path lightens the load, even if one of us is shouldering most of the weight.

The Latin root of the word “suffer” means to “carry from below.” So quite literally, suffering is something we must undergo. It is part of the beautiful yet complex nature of the journey. Yet Christian community happens when we hoist our loads together.

There is a Pentecost icon in a seminary chapel I love to worship in. A number of disciples are gathered together in the house where they are sitting, and tongues of fire rest above each head.

Reading the icon one day, I traced the flames above each figure. The colors and patterns gave me the sense that they were "all together in this." My imagination wandered from the fire above their heads to the burdens they must carry below. Granted, you can't actually see weights dangling from their necks or drooping from their belts, but I imagined they were under their robes just the same, hidden from view as suffering often is.

Even those energized by love have places of heaviness underneath the surface. But we dare to carry our burdens together. It is part of the holy fire of what it means to be in community.

A profound image of this is the story of the paralytic being lowered through the roof by his friends, coming before Jesus for healing. After Christ touched him with forgiveness, he said “stand up, take your mat and walk.” Healing happened when he could carry the pallet himself. How interesting.

There is a reason we say, when praying for someone, we are "lifting" them up. We lift them, not the load they bear. That’s when community brings soothing to the suffering soul.

Steve West is a husband, father, minister, musician, and writer who pastors Arab First United Methodist Church. His blog, "Musings of a Musical Preacher," is found at www.stevewestsmusings.blogspot.com.
Posted by musicalpreacher at Monday, June 20, 2016

The Lydia Among Us 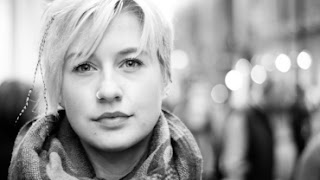 This is my column that appeared in early June of 2016 in "The Arab Tribune."

I am blessed to have some strong women in my life.

It started with my mom, who was an amazing witness to her Christian walk. She was a faithful Sunday School teacher for 50 years and a popular speaker at retreats on the spiritual life.

But what I remember most vividly is the way every morning, Mom spent 45 minutes in “quiet time.” There was a certain creaky rocking chair in the kitchen she spent that time in, and her four boys knew that this was NOT the time to bother her.

I have memories of being the kid in the other room, listening to the gentle rocking of the chair and the clicks of her coffee cup on the saucer, anxious to interact with her when she was done.

Only in adulthood did I realize this was her prayer time, which she was making a priority for her (and eventually for me).

My grandmother, too, was an amazing woman of faith. She was a painter and poet, so I suppose that’s where I got an artistic flair. Granny met my grandfather when he was a widower, preaching a revival at her church where his uncle was the pastor. By then, as the local school teacher and post mistress, she had been elected “most popular lady” in Bridgeport, Alabama in 1913, and that’s a fact.

Granny and Mom both make me think of Lydia. In the book of Acts, our history of the radical growth of the early Christian movement, Lydia was an outstanding businesswoman, a dealer in purple cloths. She was the foundational leader of the Macedonian church, the first European church Paul founded.

He discovered her in the place he chose to start his ministry north of Greece, a place of prayer outside the city gates where he supposed women would be gathered to pray on the Sabbath (they weren’t allowed in the synagogue, of course). Lydia was the spiritual leader of her household, who were all baptized because of her faith.

Exactly sixty years ago earlier this month, in May of 1956, the denomination I serve Christ in made a bold move. They decided at General Conference (by a slim margin, I might add) to grant full clergy rights to women. It was a controversial decision at the time, but was done with integrity and careful discernment of scripture though the lenses of tradition, reason, and experience.

The church I serve here in Arab, First United Methodist Church, holds a special part of that story dear in their hearts.

One of our active church members, Luke Pinegar, is the son of the first clergy woman ordained in the North Alabama Conference of the UMC. I want to take a moment to tell her story, since her family is such a part of the fabric of Arab.

Luke’s father was the pastor of Holly Pond Methodist Church, and tragically died while serving in that pulpit. Estelle, his wife and Luke’s mother, was appointed by their District Superintendent, Jack Chitwood, to serve out his term as pastor of the church. And the rest is history.

A few years later, in the early 1960’s, after pursuing all her educational and vocational requirements, Estelle Pinegar was ordained as the first clergywoman in North Alabama Methodism. And she served with her reputable, fiery personality all of her days. She served on my wife’s ordination committee, in fact.

Yes, I married a clergywoman. I met Sandy in seminary as the floodgates were opening for clergywomen in the late 80’s. It’s like my dad said years ago with a twinkle in his eye, when I asked what he thought about me marrying a female pastor, “if your going to marry a clergywoman, she might as well be a pretty one.”

I’m proud to say my partner in life is finishing her counseling degree and plans to serve as a pastoral counselor, specializing in working with families affected by chronic illness (something she has unique experience in). She begins her internship at The Vine Pastoral Counseling Center in Huntsville this June.

One of the children of Arab First UMC, Fred Webster, married a clergywoman, too. Dorothy Ann and Fred have been good friends and inspirations to me over the years. His father by the same name was in that famous circle at The L Rancho affectionately called "The Liar's Club," sitting at the table when the Poke Salat Festival was created.

I realize there are many faith traditions among us, and they have different practices on such matters. I totally respect that.

But my question for all of us is this. Who is the Lydia in your life? Who is the person who gave of herself, with her gifts of spirituality and hospitality (whatever those gifts may be), to make your faith what it is today?

Thank God for the Lydia among us.

Steve West is a husband, father, minister, musician, and writer who pastors Arab First UMC. His blog, “Musings of a Musical Preacher,” is found at www.stevewestsmusings.blogspot.com.
Posted by musicalpreacher at Wednesday, June 01, 2016