Most Thanksgiving prayers are great, others bug me

This is my column that appeared in the Arab Tribune on Wednesday, November 26, 2014


I have heard many Thanksgiving prayers over the years at public gatherings, ecumenical worship services and meetings. Most are beautiful reflections of deep and humble gratitude for faith, family and friendship.

But the blessings that bug me go something like this: "Lord, we're so proud to live in America, where we have all this great food. We have way more than we need (praise God, I'm going to gain a pound today). Thank you for our wealth - um, I mean ‘blessings’ - because this is the greatest country in the world. We’re glad we’re not poor like people in other countries, thanks to you.”

I'm exaggerating, of course. Please forgive me. But I wonder about prayers that simply thank God for our bounty, our food and all the great things we enjoy.

Isn’t there a hint of the Pharisee who was thankful that he wasn’t “like that tax collector over there?”

When the pilgrims held the first Thanksgiving in Plymouth, it was a harvest feast held with the Wampanoaga Native Americans after a long saga of strife. They were religious separatists who longed for freedom to practice their faith.
Their two-month trip on the Mayflower to the new world was not only uncomfortable, it was extremely treacherous. The first winter was brutal and many of them stayed on the ship, where they suffered from exposure and disease.

Half of the original pilgrims died before they saw their first spring. Yes, half.

The ones that lived barely managed to eat until this first harvest. But by the grace of God, they made it.

So when they celebrated the first Thanksgiving, it wasn’t out of thanks for their bounty, riches, plenty and comfort. It was out of deep gratitude that they were still breathing. It was out of sheer joy that, finally, harvest had come.

It was out of the realization that every moment is a gift, every challenge full of grace.

It was out of the belief that it was worth all the hardship and loss to live the great adventure and to find religious freedom. And most of all, it was out of the firm conviction that God had seen them through the great struggle.

I find it intriguing that it wasn’t until the middle of the Civil War that President Lincoln proclaimed this tradition to be a national holiday, held each November.

Yes, it was during the Civil War, the greatest hardship we had ever known. Even in our toughest times, we proclaim God’s goodness.

Thanksgiving is about gratitude that we are still alive, by the grace of God.

So this year, let your prayers go deeper. Remember the true gratitude of the first Thanksgiving. Thank God for the ways you have “made it” by grace. Acknowledge that your livelihood and well-being are in God's hands.

Don't just pray over the fantastic food, but recall the tough times you’ve had this year. Remember that God is the source of every morsel of goodness. Be thankful (and honest) about how we are all in this together, and God sees us through.

Reflect upon Jesus, who taught in the beatitudes that true blessings come disguised as hardship. Let your heart be filled with the kind of gratitude that is so stubborn, it bubbles up no matter what.


Posted by musicalpreacher at Wednesday, November 26, 2014 Links to this post 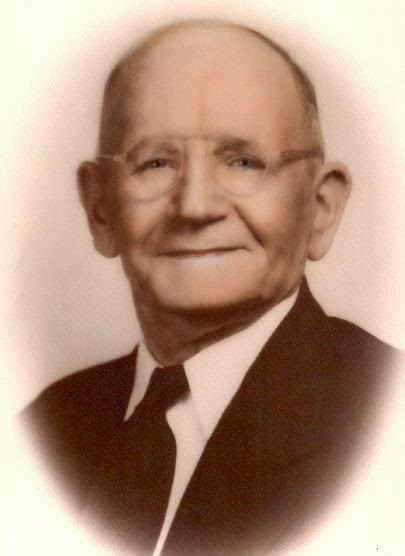 This column appeared on the front page of The Arab Tribune on Saturday, November 22, 2014. As I posted this, I realized this appeared on my mother's birthday! She would have been delighted.

A version of this column also appeared on the front page of the Faith & Values section of The Huntsville Times on July 9, 2010. It was accompanied by the picture in front of present-day Genesis UMC, included below.

It seems like issues related to gun control lead to endless debate. I am generally in favor of appropriate restrictions, and shots ringing in schools and public places over the years have confirmed my beliefs.

Yet I can not forget a story from my family history in nearby Madison County that inspires me when I need some courage.

My grandfather was the Rev. C.P. Hamby, a fiery preacher who spread the gospel under the banner of Methodism. In the 1920’s, he was appointed as "conference evangelist” in North Alabama. His assignment was to lead revivals and start new churches.

One year, he was sent to the community of State Line, on the border between Alabama and Tennessee, north of Huntsville. Now, in those days, State Line was a bootlegging town.

There was an old, white clapboard church building there that had been vacant for years, and he was sent to start it back up.

After visiting in the community for a week, he held the opening revival service. With windows open in the heat of summer, a small congregation gathered. But as soon as the service began, the town bootleggers drove their cars up to the windows, revved up their engines, and laid on their horns.

The service could not continue with all this disruption, so Grandpa drew things to a close and asked everyone to come back the following night. Would you believe that the next morning, he went to the county seat of Huntsville to be deputized?

When you were deputized in the 1920’s, you were given three things: a pistol, a badge, and ... another pistol, of course.

On his way back to State Line, the bootleggers had set up a roadblock to keep religion out of their town. They knew where he'd been but apparently not what he'd been up to.

After Grandpa Hamby swung his pistols around, they had no choice but to move out of his way. By the time of the revival that night, half the county had heard about the pistol-swinging preacher!

The little place was packed. There were people outside the windows looking in.

A man of small stature, Grandpa walked slowly into the church as a hush fell on the congregation. One woman by the middle aisle said in an audible whisper, "No short preacher’s going to change this town!"

Then he reached down for the other pistol, thumping it down on the left. You could hear a pin drop.

He began, "My name is C.P. Hamby and I’ve been sent by the Methodist Episcopal Church, South to lead a revival and start a new church. And I heard what you said lady!"

He pointed to the woman by the aisle.

"This short preacher can’t change this town, but God certainly can," he continued. "And if you don’t believe me, I have two boys up here, and each of them speaks six times. I’d be glad to have a conversation with you!"

Later that week, thirty bootleggers professed faith in Christ, and the church has been going ever since. It is now called Genesis United Methodist Church.

Times have changed since the 1920’s. I certainly would never mix guns and religion. But when I get discouraged, I remember Grandpa Hamby. He risked his life for a gospel worth dying for.

Steve West is a husband, father, minister, musician and writer who pastors Arab First United Methodist Church. His blog, "Musings of a Musical Preacher," can be found at stevewestsmuginsgs.blogspot.com. 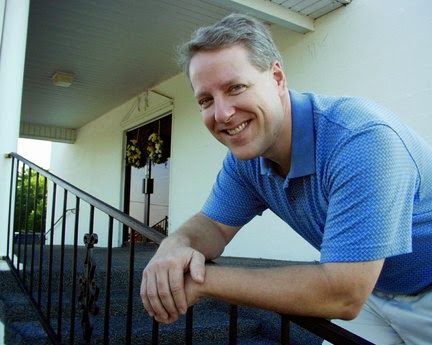