Nope, Hate Did Not Win 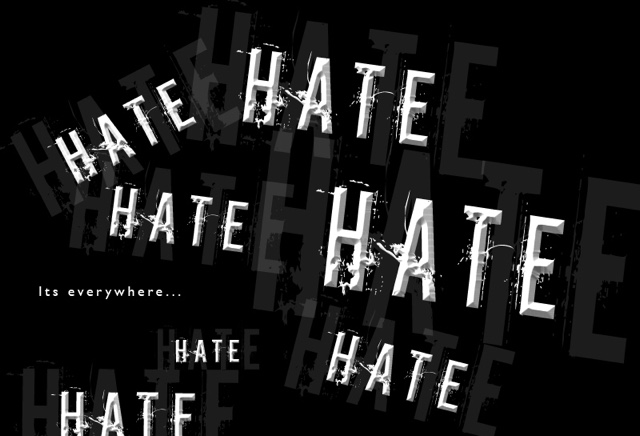 This is my column which was published in The Arab Tribune on Saturday, June 27, 2015.

I think of my monthly column as musings on things that are light, perhaps even humorous. Love shines through the simple moments of humanity, when we are willing to gaze into them with an eye for the divine.

But this month, I don't feel like telling a story or pondering an experience. I've got nothing. That's because my heart hurts.

Last Wednesday night, a young man visited a prayer meeting in Charleston, at a sister congregation in the Methodist family I am a part of. They welcomed him into their midst, and he sat with them for an hour. Then he pulled out a gun and opened fire, killing nine of them including the pastor. This is more than tragic. This is horror.

My heart aches that we live in a world of such brokenness. There is so much hate. There's even hate in the church. It's not limited to the "us and them" distinctions we create, for Muslims are killing Muslims, Christians are killing Christians, and believers are killing believers. Violence of every kind and description goes on and on.

We may feel Arab is a "city on a hill", insulated from this kind of thing. But we're not. We are one human family. It breaks my heart, and I know it breaks the heart of God.

It is sad that we have to peer into the darkness of an event like this to see that there are deep racial wounds that just don't want to heal. But we pretend they don't exist. I don't want to get into political arguments, I'm just feeling the rawness of the truth.

These nine people were shot in a church, when attending a prayer meeting. This is not a "tragedy," like a flood or a tornado. This is hate. We may be tempted to dismiss it as one more guy who lost his mind. But in this case, there is no way not to see this as violence motivated by racial hostility. His own manifesto is the proof.

Please don't just politicize this. Don't dismiss it as if there is no hate or racism in our country. It's like the Nazi Party that's still active underground in Germany. There is a residual strain of hate, hidden beneath the surface. It's real and it's time to stop pretending it's not there.

I am as Southern as you can get. I love grits. I have never lived north of the Alabama state line, and neither did my parents or grandparents (okay, one of them grew up in south Tennessee). I am a descendant of Confederate soldiers as well as Revolutionary patriots, and I know what it means to honor our heritage. But this kind of violence degrades it.

I don't pretend to have a simple solution, but I do believe that the gospel transforms this world. That's why I believe in a life of worship, because vague familiarity with a few superficial niceties and tidy doctrines doesn't make sense of why these things keep happening.

We live in a world that builds layers of hostility. But when we live the life of the church and live it well, Christ comes to peel the layers away, redeeming us and showing us the face of God, even in the face of evil. For those of us who carry the banner of Christian, the good book says the one who prayed "Father, forgive them, for they know not what they do" was lifted up from the earth so that the world might be drawn to him. Well, we're not there yet.

The people of the Emanuel African Methodist Episcopal Church know this. Did you read about the relatives of the people slain who spoke to the alleged shooter at the bond hearing? They did not speak words of anger or hostility. One by one, they offered forgiveness and prayers for his soul even as they plunged into the depths of their pain.

A grandson said, "I forgive you. My family forgives you ... We would like you to take this opportunity to repent. Repent. Confess. Give your life to the one who matters the most: Christ. So that he can change it."

One mother said, "We welcomed you Wednesday night in our Bible study with open arms," her voice trembling. "Tywanza was my hero. But as we said in Bible Study, we enjoyed you. May God have mercy on you."

After the hearing, folks gathered outside the courtroom to sing favorite gospel hymns.

Nope, hate did not win.

Steve West is a husband, father, minister, musician, and writer who pastors Arab First United Methodist Church. His blog, "Musings of a Musical Preacher," is found at stevewestsmusings.blogspot.com.
Posted by musicalpreacher at Saturday, June 27, 2015 Links to this post

The Voice of Your Baptism This is a short teaching on baptism I wrote as part of my studies this summer. It is intended for use in my local church setting.

When I was young, I went through confirmation classes where my father was pastor. It came time for a decision to join the church. I asked my dad if I could be baptized again, since I didn't remember the first time. Dad paused, and with a twinkle in his eye, said "it's not important whether you remember being baptized. The important thing is remembering that you were baptized."

In his gentle and pastoral way, my father pointed to the greatest truth of baptism. Something happens at a place in time, as the church claims us as one of God's own. But it also points to a hidden mystery. The journey of our lives becomes one of allowing baptism to unfold, transforming from historical fact to timeless truth.

What is this truth it takes a lifetime to claim?

Baptism is the very core of who we are. It is a sacrament, an outward and visible sign of an inward and spiritual grace. Since the beginnings of the church, it has been the sign of our very identity in Christ.

There is a kaleidoscope of images in scripture which bring baptism to light. In the beginning, the Spirit of God blew across the face of deep waters. Emerging from chaos, water became central to existence. We drink it, we wash in it, and we can't live without it. So it is by the imaginative grace of God that one of the most fundamental signs of life, water, is made holy. It is through water, at the time of the great flood, that we were saved, and it is by crossing the waters of the Red Sea that we were set free.

Likewise, the New Testament gazes at the prism of baptism, revealing rich colors. It is a sign of our new creation in Christ. It mirrors our participation in his death and resurrection and reflects the washing away of sin. In baptism, we claim that we are born from above, receiving the outpouring of the Holy Spirit. We become light for the world, now clothed in Christ. We are set free from the bondage of evil and welcomed into the family of God.

It may seem strange to claim such vast meaning for an event we may or may not remember. But the nature of the baptism is that it is a gift given once. A second baptism would imply that God's grace wasn't good enough the first time. Regardless of where we are in life when we receive it, one baptism looks backwards and forwards to the contours and colors of Christian life. What happens at the font not only illuminates everything else, it draws us into a life beyond ourselves - the life of God.

In our tradition, baptism is a sign of the outpouring of God's grace, not our personal decision. It is at confirmation that we "make firm" the promise of baptism, saying "yes" to God who has already said "yes" to us. As far as the amount of water, I am fond of saying you could be baptized in the ocean, and it still doesn't measure up to the amount of grace it represents. Baptism takes place in the midst of God's family; it is not a private transaction. It is a blessing shared with the whole congregation, who renews their baptisms and helps us live into our baptismal identity.

Among the scriptural images of baptism, perhaps what is most central is the baptism of Jesus himself. Scriptures distinguish the baptism of John, one of repentance, with our baptism in Christ, one of fire and Spirit. At Jesus's baptism, the sky opened and a dove descended. A voice from heaven spoke, saying "this is my beloved Son."

What is this truth it takes a lifetime to claim? The same voice is heard at our baptism. We are God's beloved. We are not what we are culturally conditioned to think we are. We are not consumers, or collectors, or achievers. We are the beloved, in the community of God's beloved. That changes everything. It is the truth we always come back to as we practice the art of life.

After years of reflecting on my father's words, I wanted to learn about my baptism. I asked Dad where I was baptized, and he didn't remember. I asked him who baptized me, and he didn't remember that either. I thought, "I should have asked my mom while she was still alive!" Finally, after some work, the historian of the church Dad was serving found it in their book.

Later, I found my baptismal certificate in some things my mom had left me. I laughed. I might have known. It is in community with God's beloved that we remember who we truly are.

Pictured is a baptismal icon by He Qi.

Posted by musicalpreacher at Wednesday, June 10, 2015 Links to this post