Couldn’t we all use a Mr. Rogers in our lives again? 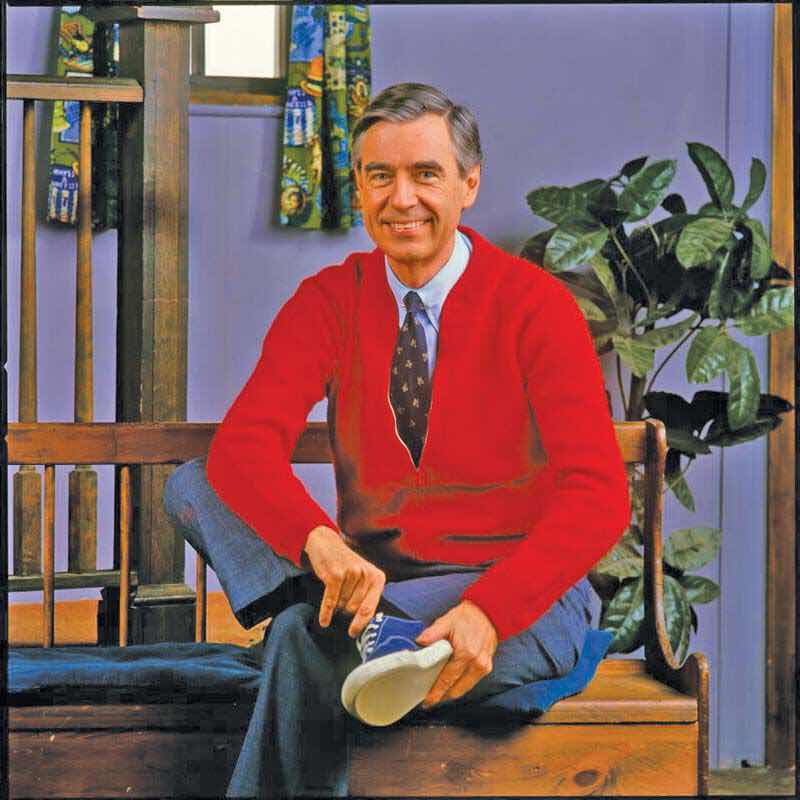 This is my column published in the Arab Tribune on Wednesday, September 5, 2018.

Yes, I’m from that generation. These whimsical words will ring eternally through my mind, because my mind was literally being formed as they were first being sung.

I was three years old when Fred Rogers came to the hood in 1968. I guess you could say I am a “first generation” neighbor to visit Mr. Rogers’ Neighborhood.

Who can forget the tell tale jazz piano riff that starts the show, while the camera pans over a model of the quaint little town?

What color sweater will he put on today with his sneakers? Will he have any trouble with the zipper?

Who will visit us today? I only recently discovered Mr. McFeely was a name aptly given, not only because the guest postman helped us learn about our feelings, but because McFeely was Fred Rogers’ middle name. He was probably my favorite of the characters (the human ones, that is).

And what will happen today in the Land of Make Believe? The trolley will take us there. I hope we get to see X the Owl today. He’s funny when he gets grumpy. And poor, poor Henrietta Pussycat. I wonder what will upset her today, meow meow.

My apologies. It’s easy to get lost in the Land of Make Believe. Has it really been 50 years since Mr. Rogers welcomed me into his world?

This summer, I saw the movie celebrating the 50th anniversary of Mr. Rogers. It was heartwarming. My son said, “that’s the most wholesome thing I’ve ever seen.” The movie helped me relive a lot of memories.

But there were things I did not realize. One example is how thought provoking he was about social issues of the time. I had not seen the episode where he waded his feet in the pool of water with his African American neighborhood friend. Another example is the now-famous testimony he gave before the Senate to protect funding for public broadcasting.

Sadly, another is that the infamous Westboro Baptist Church picketing his funeral with inflammatory hate speech, because they could not “tolerate his level of tolerance.”

Believing his creed that that “play is really the work of childhood,” he taught me a lot.

He taught me that it’s important to treat other people like neighbors. Sharing a pool of water with the feet of another was only the beginning of what he did with his kind and neighborly demeanor. As a Presbyterian minister turned television educator, he brought the call to “love thy neighbor” to life.

He taught me that emotions are real and they’re not always easy to deal with. And that it’s okay. There were often tears in the eyes of adults in the Land of Make Believe when Henrietta Pussycat confessed her ill feelings, meow meow.

Mr. Rogers taught me that every person is special and treasured. I have held on to this belief all my life, even to the point of being persecuted for it by those who prefer to be more intolerant. We are all children of God, part of the body of Christ, with unique spiritual gifts for building up the body. We don’t have to think like each other to love each other.

He taught me a sense of holy play. Yes, he’s a Presbyterian minister, but I mean more than that. He had a holy regard for others and for working out feelings and thoughts with children.

He taught me to use the gifts I have been given. I knew he did his own puppet voices, and I guessed he helped build the sets. I was surprised to learn in my adulthood that he personally played the incredible jazz piano I’ve always loved. Mr. Rogers was a musician, puppeteer, writer, creator, producer, composer, stage manager, host, and minister.

We need another Mr. Rogers.

I’ve been thinking about our rampant, contemporary propensity for incivility. You can find it everywhere from international terrorism to national politics to social media. We need more models like him, champions of insightful, accepting, warm conversation that gets to the heart of life.

It has been hard to see things getting so divisive in our great country where we practice such freedom of religion, something we all treasure and value. But there is still a tendency to hurt others, sometimes even because of (not just in spite of) religious beliefs.

Yet the wisdom of God is “first pure, then peaceable, gentle, willing to yield, full of mercy and good fruits, without a trace of partiality or hypocrisy.” (James 3:17)

I’ve spent way too much time with Jesus to condemn the people he decided, though others were condemning them, to see promise and hope in. The last time I checked, the very definition of Christian love is to love as Christ loved, including those that are different than us, who disagree with us. Jesus even went as far to say “love your enemies.”

This is not optional. This is Gospel. So here’s to people like Mr. Rogers who continue to teach us.

Steve West is a husband, father, minister, musician, and writer who pastors Arab First United Methodist Church. His blog, “Musings of a Musical Preacher,” is found at www.stevewestsmusings.blogspot.com.
Posted by musicalpreacher at Wednesday, September 05, 2018