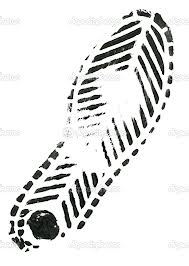 I recently enjoyed our church's annual retreat to Sumatanga. It's holy ground in North Alabama, one of those places Celtic Christians might call "thin places." Sometimes it's a spiritual experience just to walk on the ground.

I wrote this devotion for the community to share one morning. I share it with you with permission from my friend Robert Morris.

The words of my friend Robert Corin Morris come to mind as I think about what retreats at Sumatanga have always meant to me. He writes:

May I walk this day
in the realms of grace,
walking with You
my feet firmly on your earth-path,
my heart loving all as kindred,
my words and deeds alive with justice.

May I walk each step
in this moment of grace,
alert to hear You
and awake enough to say
a simple Yes.

A few years ago, I was on a church retreat at Sumatanga and had some free time. While I have hiked the mountain a number of times over the years, this time I did it alone. I don’t really know why. But I can remember vividly the path seeming to become alive. It’s almost as if I felt the footprints of all the people that had walked the path before, including my mother who attended summer youth camp the year it opened in 1951. I was walking on God’s earth-path

“Sumatanga” is a Himalayan word meaning “place of vision and rest.” It’s a place on the side of a mountain range where you can pause, look down at where you have been, and look up to where you are going. Whenever I come back to this place, it connects me to who I am and to all that have gone before me in this journey. It energizes my steps so I can try to walk as a blessing when I return to normal life. For my deepest desire is to meet blessing at every turn, in every challenge, in all opposition, even in harm’s way. Something about walking these steps helps me slowly learn to walk in grace.

Sumatanga is not the only place like that for people. Maybe you have a different experience of what feels like holy ground. But in God’s time, all of us get to a place when we begin to feel there is something deeper about the dirt right in front of our shoes.

“Thus says the Lord, ‘Stand by the ways and see and ask for the ancient paths, where the good way is, and walk in it; and you shall find rest for your souls’.” - Jeremiah 6:16a

The joy of a church retreat is two-fold. First, it connects us as a church family. Getting to know each other, getting away together, and relaxing and having fun together are ways to build memories and connections with each other and with God.

But retreating is also a way of deepening our vision about where we’ve been and where we’re going. We focus on learning together, but we also experience the act of retreating itself as a spiritual practice that gives us vision and rest.

There are a few questions to ponder during the silence:
• Where have you been and where are you going?
• How does this time away plant your feet on the earth-path you are called to?
• What are the turns, challenges, oppositions, and harm’s ways you encounter?
• How can your life become blessing, all blessing?
• What is the next step God is calling you to take?

Blessings for the journey, 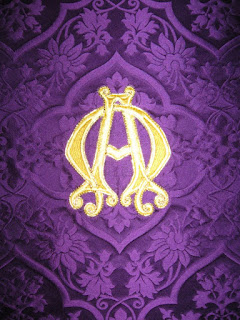 Now that we have entered the season of Lent, this is a good time to reflect on the meaning of “the color purple,” as well as other colors that greet us when we worship.

The colors of paraments (worship cloths) connect us in a deep way with the Body of Christ as well as the seasons of the Christian year. For Methodists, with other mainline churches that trace worship traditions to the ancient faith, worship is not seen as a singular event but as a life, a rhythm, and a means of grace.

Every service is rooted within a season, and the seasons of the Christian year trace the entire Biblical story annually. The traditional colors for worship are always used instead of cultural colors (like red and green for Christmas or red, white, and blue for Fourth of July).

I tell confirmands that purple is the “getting ready color.” During Lent and Advent, this color that ancient Christians associated with royalty looks forward to the coming king and the two holiest days of the year. Blue (as a derivative of purple) is sometimes used for Advent. Here is a brief outline:

Advent - purple (or blue): The beginning of the Christian year when Old Testament prophets are read and we get in touch with their longing for a Messiah. It is always the four Sundays before Christmas Day.

Christmas – white: A twelve day season from Christmas Eve until the day of Epiphany, January 6. White represents purity, glory, and holiness of the two highest and holiest seasons of the Christian year.

Epiphany – green: Epiphany is a season of growing awareness, of “aha’s”, focusing on the wisdom of the three magi and the many ways we realize who Christ is. Green is used because it is the color of growth.

Lent – purple: 40 days of spiritual preparation for Easter. Since Easter moves due to its connection with Passover (determined by the Jewish lunar calendar), the first day of Lent, Ash Wednesday, moves around and the prior season of Epiphany varies in length.

Easter – white: Easter is not just one day but a season of 50 days, in which white is used for the same reasons as Christmas.

Pentecost – red: The birthday of the church is the one day that celebrates the fire of the Holy Spirit and Acts chapter 2 with the color red.

Ordinary Time – green: The remainder of the Christian year is a time of growth of the church until Advent begins again. Green is always used.

There are special days within seasons when white is used. Examples include the Baptism of our Lord at the beginning of Epiphany and the Transfiguration of Jesus on the last day of the same. Another example is All Saints Sunday late in Ordinary Time. Watch for when white appears … it means it’s a special day on the liturgical calendar!

White is used on high occasions (other than Sundays) such as weddings or funerals. Some churches have been known to use white for communion and baptism, but I suggest that this practice emerges from pockets of history when sacraments were rare occasions when the presiding elder (now called District Superintendent) could come and lead it for the licensed local pastor he supervised. This is not suggested in any United Methodist literature on worship because the tradition of the church is to celebrate sacraments within the appropriate season.

As you worship, enter the season of the year in a way that brings to life the seasons of our lives.
Posted by musicalpreacher at Tuesday, February 19, 2013 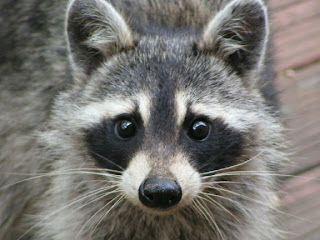 I've gotten a lot of mileage from my raccoon story, the folksy mystical experience that revealed to me the joy of forgiveness. I've shared it on my blog before.

The version below is published in the upcoming March/April edition of Alive Now. I am honored, and I hope others who are discovering the freedom of accepting the raccoons in their life might find it helpful.

The early years of ministry left me with scars. I had a nagging ability to hold onto residual pain from occasional conflicts.

One spring, my family went camping at a wildlife preserve. Our site came with two poles. One held a lockable cage to protect food from raccoons. The other hung the trash out of their reach.

One evening, I neglected to tie up my trash. I woke to the noises of plastic ripping and metal clanging. The raccoons had come.

Standing in the midst of a mess, I pondered three things. First, "This is what raccoons do. There's no reason to be angry." Second, "They really didn't hurt me." Finally, and most importantly, "Next time, I'll tie my trash up higher."

I listed the raccoons of my life, people who had sorted through my trash for something to criticize or consume. I prayed over them in light of my revelations. This is what raccoons do. They didn't hurt me, not really. And maybe it's time for me to establish a few boundaries, keeping my "trash" tied up higher.

I was led to Philippians 1:15-18. Paul writes of raccoons - not unbelievers, but other preachers who had been sorting through his trash.

On Sunday, my sermon was "Raccoons Are Welcome." I encouraged my congregation to let go of what others have done to us. In God's house, raccoons are welcome at the table! If we are bothered that our protagonists are Christians, it helps to remember that Paul's raccoons were other preachers.

On Monday, I felt a nudge. "Steve, do you believe what you preached?" I pulled out a file of old letters from occasional conflicts. Why was I holding on to these raccoons?

On top was a more recent letter, so I thought, "I'd better keep this one, just in case." Laying it aside, I took the file and headed outdoors. One by one, I burned each letter as I prayed for forgiveness. I found release as I poked through the smoldering ashes of past pain.

The Spirit nudged again. What about the letter still in my desk?

Suddenly, I heard a rustle. I opened my eyes. There in broad daylight, just 30 feet away, was a raccoon. He looked at my quizzically. After a moment, he turned and meandered through the trees. Astounded, I thought, "God, you have a sense of humor."

Needless to say I burned that last letter.

Steve West is a husband, father, minister, musician, and writer who serves as senior pastor of Saint Mark UMC in Birmingham, Alabama. His blog, "Musings of a Musical Preacher," is found at stevewestsmusings.blogspot.com.
Posted by musicalpreacher at Monday, February 11, 2013