Accepting our Sinfulness in a Time of Hypocrisy 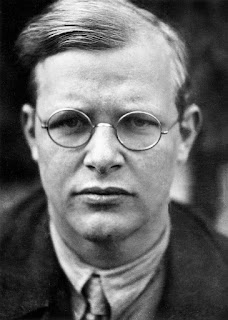 By my desk I keep the devotional book "A Year with Dietrich Bonhoeffer," which my daughter thoughtfully gave me for Christmas in 2007. I've never been regimented about doing one devotional each day, but from time to time I plunge in for a number of weeks.

Today, I arrived at this one. It resonates with me as I think about the new year, and ponder the resolution rekindled in me to live in the "wonders of his love" as a person of great compassion for others.

It is so imperative during the massive struggles of Christ and culture in North America today that we do this. I'd like to share this quote with you as we all seek a faith that is more real, relevant, and relational in the midst of "cushy Christianity" and hypocrisy that seems so exposed right now by the winds of change.

"Confess your sins to one another" (James 5:16). Those who remain alone with their evil are left utterly alone. It is possible that Christians may remain lonely in spite of daily worship together, prayer together, and all their community through service - that the final breakthrough to community does not occur precisely because they enjoy community with one another as pious believers, but not with one another as those lacking piety, as sinners. For the pious community permits no one to be a sinner. Hence all have to conceal their sins from themselves and from the community. We are not allowed to be sinners. Many Christians would be unimaginably horrified if a real sinner were suddenly to turn up among the pious. So we remain alone in our sin, trapped in lies and hypocrisy, for we are in fact sinners."

May you have more than a "happy" new year. May it be a time to be real with yourself, with God, and with your Christian community. With Thomas Merton, I have no idea where I'm going or how I'm going to get there, but I trust that my desire to please God does in fact please God. Yet I do know this. We are here by the grace of God, not by our own perfectionism. The only perfection I strive for is perfection in love.

Posted by musicalpreacher at Tuesday, December 31, 2019 Links to this post

Keeping the X in Xmas 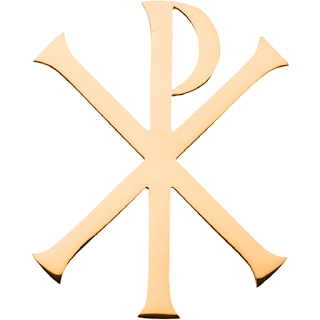 This is my Christmas Eve column which appeared in The Arab Tribune on Tuesday, December 24, 2019.

I imagine that some of you are pretty surprised by the title of my column. I can almost hear the voices, “What do you mean, keeping the X in Xmas? Aren’t you a pastor, for goodness’ sake?”

It happens every year. Statements come out during the holidays decrying the use of the abbreviation "Xmas.” They proclaim our need to "keep Christ in Christmas" and not "X him out.”

I do understand the desire to keep Christmas faithful to the true reason for the season, of course. I get it. But it's a fairly common abbreviation that you can find scribbled with a Sharpie on the storage boxes in my attic.

Is it unfaithful? Should this be on the forefront of the culture wars to “keep Christ in Christmas?”

Actually, no. There's a huge misunderstanding about the etymology of this abbreviation that could help Christians learn about our faith heritage. Instead of criticizing the use of it, maybe we should lean into it.

The use of "Xmas" is actually a remnant of a tradition in the historic art of Christianity which is dear to our spiritual heritage. In the ancient church, there were times of great persecution when Christians met in the catacombs, which are cave tombs and underground burial grounds that Romans and other officials wouldn’t go near. Christians met in catacombs and other secret places to worship freely and safely.

Some of the art found on the walls of ancient catacombs feature the use of the Greek letter “X” (pronounced chi in the original Greek) to represent Jesus because it was the first letter in the Greek word Christos, the New Testament word for Christ. It became sort of a secret symbol.

This is similar to the use of the ichthus, the characteristic little symbol of the fish, in the ancient church to represent the Christian faith. The sequence of letters in this Greek word for fish, ichthus, were an acronym for a statement of faith. Each letter of the word was the first letter of words translated “Jesus Christ, God’s Son, Savior.”

Christians used this fish symbol to identify each other and safe places to gather for worship in times of persecution. And a picture said a thousand words.

You can find remnants of these traditions in religious art even today. The X (chi) is quite common in sanctuaries. As a matter of fact, you can find them in the building my congregation worships in.

When we put our Chrismon (“Christ-monogram”) tree up during the season of Advent each December, the “X” symbol is on several of the ornaments. It is often paired with a second letter that resembles a “P” (actually pronounced rho) to form a chi rho. These are the first twoletters in the Greek word for Christ.

A chi rho is pictured here, often found on the pulpit or the paraments (pulpit cloth) where a pastor preaches.

The use of “Xmas” in modern English is as old as the 16th century and has been found in headlines, abbreviations, and informal writing (like my attic boxes) ever since.

I’d say writing "Xmas" on a box is no more unfaithful than putting the symbol of the fish on the bumper of your car. I think it’s actually quite beautiful.

The use of the abbreviation Xmas is not "X-ing out Christ." On the contrary, one could look at it as a statement of faith. Jesus is the Christ, the son of the living God.

As I tell my confirmands every year when teaching these ancient truths, Christ is not Jesus' last name. It's his divine title. It means that he is not only the human Jesus who walked the earth. He is Christ the anointed one, the Messiah.

So don’t worry that “Xmas” is part of a grand conspiracy to keep Christ out of Christmas.

In the words of the late Rachel Held Evans, a young evangelical writer, “The whole story of Advent is the story of how God can’t be kept out. God is present. God is with us. God shows up—not with a parade but with the whimper of a baby, not among the powerful but among the marginalized, not to the demanding but to the humble.”

Steve West is a husband, father, minister, musician, and writer who pastors Arab First United Methodist Church. His blog, “Musings of a Musical Preacher,” is found at www.stevewestsmusings.blogspot.com.
Posted by musicalpreacher at Tuesday, December 24, 2019 Links to this post