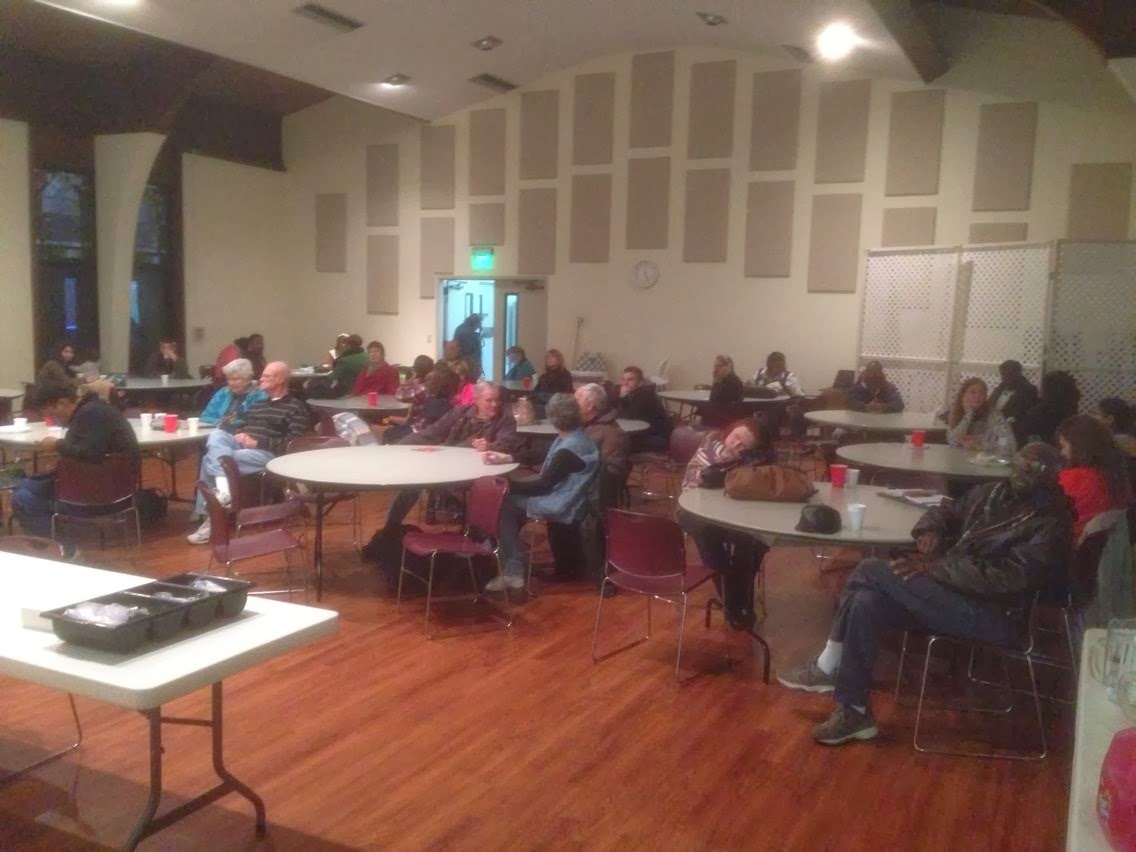 Thanks to Walter Bryant of the church I serve for writing the article below, which was published in the Vestavia Voice and on the North Alabama Conference e-Voice. The experience was one of the most serendipitous and potent experiences of my life and ministry. To be honest, it "just happened." It was a privilege and joy to camp out at the church on the floor, with such gifted staff and volunteers to open our doors of hospitality for people in the name of Christ.

The expressions of thanks have been overwhelming and the spirit of the "refugees" was filled with gratitude and joy. I wish I could express what it was like to watch this unfold. From the moment on Tuesday when I realized I wasn't going home, to Thursday at lunchtime when I helped jump off the last car, I felt God was with us and the Holy Spirit was pervasively present. My feet hurt but my heart was full. I'll never forget it.

Timing of the January 28 paralyzing snow and a Vestavia Hills church's location were providential for those stranded by the winter storm.

Food bought ahead of time for an upcoming fellowship meal at Saint Mark UMC (2901 Columbiana Road) and to serve the homeless at a downtown church was already on hand when the snowfall became more than forecasters had expected.

By late morning, motorists began abandoning their cars on Columbiana Road and asking if they could rest and warm up at the church before continuing home. By early afternoon, broadcast and social media notified others that the church was open as a shelter.

"Our proximity to I-65 and Highway 31 made us a prime spot," wrote Rev. Steve West, the church's senior minister, in the following week's church newsletter.

"I came to work at 6:30 a.m. that day to lead a men's Bible study," he said in a later interview. "When the snow began falling, I phoned my wife to say I'd be home for lunch. I just didn't specify which day, and I finally got home on Thursday after road conditions improved."

Volunteers were in the kitchen that Tuesday morning preparing meatloaf and mashed potatoes to deliver the next day to the Church of the Reconciler, a downtown church that serves the homeless. Ingredients for beef stew were also on hand for a Wednesday fellowship supper.

The kindergarten and daycare programs alerted parents of the 115 children who had arrived that morning. Plans were drawn up just in case any children had to be housed and fed overnight, said Janet Nebrig, the Saint Mark kindergarten director. Approximately 25 children stayed overnight Tuesday, and all went home Wednesday.

By early Tuesday afternoon, between 25 and 30 stranded motorists were congregating in the Saint Mark fellowship hall, warming up on coffee, eating donuts and connecting with their family and friends through the church's Wi-Fi connection. Some played cards or shared the day's weather and driving experiences. The growing crowd included a few parents who had arrived to pick up their preschoolers but did not want to risk driving the rest of the way home.

West said that by nightfall 200 adults and children had been fed. Some found their way home, but approximately 150 spent the night on sanctuary pews. Children slept separately in the gym or on child-size cots in preschool areas of the church.

By the second day, the crowd began dwindling. But those stranded a second night were fed beef stew, originally planned for a Wednesday night fellowship meal. And by Thursday morning everyone had gone on their way, West said.

Among the notes of appreciation received was a letter from Tuscaloosa resident Richard Raymond. He was northbound on Interstate 65 as snow began accumulating. A traffic backup diverted him onto U.S. 31. Initial shelter was found in a restaurant, but it closed so employees could go home. He learned through broadcast media that nearby Saint Mark UMC was available as a shelter. A combination of driving, abandoning his four-wheel drive truck and hiking up Columbiana Road bought him to the church by nightfall.

"Walking through the doors of your church felt like going home," he wrote. "It was a warm place to lay our heads at night where you had soft cushions, beautiful stained glass windows, the cross and an altar rail that open for prayer 24/7. What else could pilgrim want, but to be in God's house during a time of need."
Posted by musicalpreacher at Tuesday, February 18, 2014 Links to this post

Woven Into the Life of Our Ancestors 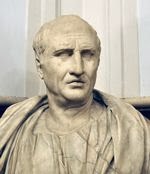 "To be ignorant of what occurred before you were born is to remain always a child. For what is the worth of a human life unless it is woven into the life of our ancestors by the records of history?"
Marcus Tullius Cicero (106 B.C. - 43 B.C.)

This quote touches me in deep place, not only because of my interest in genealogy and seeking the roots of who I am, but because this is the journey of the Christian spiritual life. The Bible is, shall we say, our Sacred Story because the story of our life is woven into the life of the larger Story of God's grace unfolding.

To be ignorant of the journeys, struggles, hardships, and refining fires of our ancestors in faith leaves us spiritually immature. We are not born with wisdom, and it doesn't come to us all at once. It must be gained through the journeys of life experience. We are called to be child-like, but not child-ish.

The scripture, God's revealed Word given to us for truth and life, has our story woven into its sacred pages. When our story becomes one with the greater Story, we see our lives are lived in context with the saints that have gone before us. And our lives makes sense, perhaps for the first time.
Posted by musicalpreacher at Tuesday, February 04, 2014 Links to this post