Let's Allow the Cross and Resurrection to Bother Us 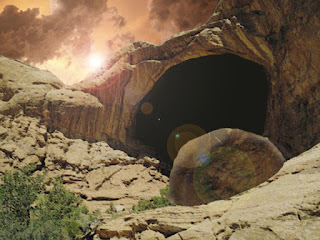 This is my column which was published in The Arab Tribune on April 12, 2017.

From time to time, our politicians debate over what stimulates the economy. Everyone agrees we’ve got to do something, but there is little agreement over what.

Do we invest in programs that create jobs or cut taxes to create spending? Do we need regulation or deregulation? Is government involvement the solution or is it the problem?

I don’t know much about economics, but I do know something about the greatest stimulus package … ever. It involved a cross and resurrection. The details of this enormous package are being outlined in churches during Holy Week. I invite you to claim your share.

This package is not new. The Bible is full of people who got stuck in deadly patterns. In God’s time, we were given a stimulus plan to loosen the patterns of death.

Jesus called some religious leaders "whitewashed tombstones," a metaphor for people who wanted to look alive but were dead at the core. Our economy and our leadership falter from time to time. Do we continue patterns of death such as partisan posturing? Or do we let imagination stir us to life?

People who live in denial about our deadness can’t be raised. The cross and resurrection give us a jolt, a real shock treatment. Thank God.

In the book of Mark, I’ve noticed Easter is anything but nice. The women at the tomb were so profoundly shaken they couldn't follow the angel's instructions to go and tell. They were confounded, perplexed, disturbed, disordered, and confused.

I looked up “stimulus” in the dictionary. I found most definitions unsurprising, but one entertained me. It is "something that incites especially a violent response." Not only does that remind me of some of the things I see on the news, it sounds to me like the women at the tomb.

Maybe we need a bit of their bewilderment. The cross and resurrection have messed with our assumptions about life and death and what it means to win or lose.

This stimulus package kicked in to create a whole new “economy” in which self-giving love is the greatest power on the planet.

We may not bring oil and spices to tombs anymore, but we do bring fragrant flowers. Imagine coming back to the grave of someone you love a few days later, only to find a hole in the ground. The coffin lid is flung open, and their suit or dress is neatly folded.

Would your first response be “How nice, let’s go hide eggs?” I believe it would be more along the lines of screaming.

Maybe we need a little shaking up. We choose patterns of death, not intentionally but subtly, living in what I sometimes call “functional atheism”. We believe in God with our heads, but in our hearts it's still all up to us. We've still got to fix everything, and we still want to please everybody.

I hope that this year, you will let the cross and resurrection really bother you. Let it get under your skin and perturb you. Maybe we’ll be so irritated we can’t go back to sleep.

Steve West is a husband, father, minister, musician, and writer who pastors Arab First United Methodist Church. His blog, “Musings of a Musical Preacher,” is found at www.stevewestsmusings.blogspot.com.
Posted by musicalpreacher at Friday, April 14, 2017 Links to this post