Today, I had the privilege of leading a Blessing Service for Don Killingsworth at First United Methodist Church prior to his inauguration. Joining together with three other pastors from the community, we prayed for his leadership, for his faculty and staff, for his students, and for his family.
I also had the honor of praying the invocation at his installation ceremony in the colosseum and joining Governor Kay Ivey and other dignitaries on the platform.
I am sharing my prayer of invocation with you in hopes that you will join the church I serve, the Jacksonville community, and this fine university in support of Dr. Killingsworth as they enter into a new chapter in history together.
Some of the language from my invocation is modeled after the prayer presented at the inauguration of George Washington. I enjoyed studying it as I prepared for this special moment.
--
PRAYER FOR THE INSTALLATION OF DON KILLINGSWORTH
Gracious and Loving God, We acknowledge today that you are both creator of beauty in the universe and author of wisdom in the university. You have revealed your glory to the nations, and you have sustained this earth with life. You are both magnificent and benevolent, and so we pause during this important ceremony of installation to give you thanks and praise.
On this day of new beginnings for Jacksonville State University, we pray for this fine institution. We humbly ask that you assist with your spirit of counsel and fortitude the president of this establishment. May his administration be conducted in righteousness, and be eminently useful to the faculty, staff, and students whom he serves. May he encourage due respect for virtue and build character in countless young women and men. May he warm hearts as well as enlighten minds.
Let the light of your divine wisdom direct the deliberations of the leadership of Jacksonville State University, and most especially of President Don Killingsworth. May he seek to preserve its legacy and promote its welfare. May he be enabled, by your powerful protection, to discharge his duties with honesty and compassion.
For we know, oh God, that if you have integrity, nothing else matters. And if you don’t have integrity, nothing else matters. So give him, Lord, what matters, what matters the most.
We likewise commend to your unbounded mercy all the present and future students of Jacksonville State University, that they be blessed with the pursuit of knowledge and sanctified in the practice of good citizenship. May the university be preserved in that peace which the world cannot give; and may we, after enjoying the blessings of this life, be admitted to those which are eternal.
We pray to you, who are Lord and God, for ever and ever.
And now, with deep respect to the many diverse people of faith that might be represented here, I offer this prayer in the name of my Lord and Savior Jesus Christ. Amen and Amen.
Posted by musicalpreacher at Friday, April 09, 2021

I’m a United Methodist, and I respect the faith of my brothers and sisters of other denominations.
But I agree with Beth Moore. I am glad to be part of a denomination that ordains women who are called by God and equipped by the Spirit, and that supports female leadership at all levels of local church life. In fact, the local church I presently serve has been greatly blessed by female clergy on the ministry staff in the past.
I believe the Bible is can be used to reinforce certain attitudes (against women, minorities, Jews, Catholics, the LGBTQ community, etc.) that go past the Bible’s original intent, instead of interpreting all scripture through the lens of Christ, the divine logos (Word of God).
Paul, in his New Testament writings, was simply pastoral and cautious at times, when in actuality the early church’s full inclusion of women was quite progressive for the times, following what was clearly the way of Jesus. His writings should be read in light of other things he wrote in scripture as well as interpreted through Christ.
You can find Beth Moore’s apology for supporting a theology of male dominance here.
Posted by musicalpreacher at Wednesday, April 07, 2021

Every Morning is Easter Morning!

I woke up with this song on my mind from Sumatanga days! May Easter go with you in the coming days!

Today, I signed the "Red Letter Christians" pledge. I believe this with all my heart and life. You may want to consider signing it as well.
It is time for Christians to stand up for what is right, what is good, what is gospel. We aren't truly living as Christians unless we are on the journey of giving ourselves to the vision of the kingdom of God. If we do it not unto the least of these, we do it not for Christ. Be a part of the kingdom breaking into our world!
For more information, go here. A copy of the pledge is below. 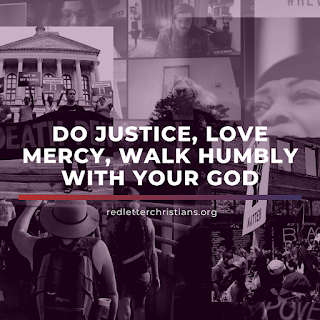 I dedicate my life to Jesus, and commit to live as if Jesus meant the things he said in the “red letters” of Scripture.
I will allow Jesus and his teaching to shape my decisions and priorities.
I denounce belief-only Christianity and refuse to allow my faith to be a ticket into heaven and an excuse to ignore the suffering world around me.
I will seek first the Kingdom of God – on earth as it is in heaven – and live in a way that moves the world towards God’s dream, where the first are last and the last are first, where the poor are blessed and the peacemakers are the children of God, working towards a society where all are treated equally and resources shared equitably.
I recognize that I will fall short in my attempts to follow Jesus, and I trust in God’s grace and the community to catch me when I do.
I know that I cannot do this alone, so I commit to share this journey with others who are walking in the way of Jesus. I will surround myself with people who remind me of Jesus, help me become more like him and hold me accountable for my actions and words.
I will share Jesus with the world, with my words and with my deeds. Like Jesus, I will interrupt injustice, and stand up for the life and dignity of all. I will allow my life to point towards Christ, everywhere I go.
Posted by musicalpreacher at Wednesday, March 24, 2021 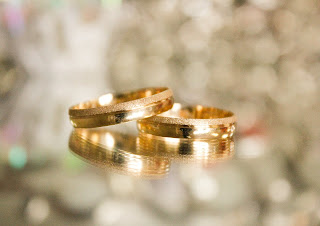 I found this today in a devotional book I've had for a number of years based on the writings of Dietrich Bonhoeffer. I thought it was beautiful and expresses my thoughts on marriage.
“Marriage is more than your love for each other. It has a higher dignity and power, for it is God’s holy ordinance, through which God wills to perpetuate the human race till the end of time. In our love you see only your two selves in the world, but in marriage you are a link in the chain of the generations, which God causes to come and to pass away to God’s glory, and calls into the kingdom. In your love you see only the heaven of your happiness, but in marriage you are placed at a post of responsibility toward the world and humanity. Your love is your own private possession, but marriage is more than something personal – it is a status, an office. Just as it is the crown, and not merely the will to rule, that makes the king, so it is marriage, and not merely your love for each other, that joins you together in the sight of God and humanity. As you first gave the ring to one another and have now received it a second time from the hand of the pastor, so love comes from you, but marriage from above, from God. As high as God is above humanity, so high are the sanctity, the rights, and the promise of marriage above the sanctity, the rights, and the promise of love. It is not your love that sustains the marriage, but from now on, the marriage that sustains your love.”
Dietrich Bonhoeffer, Letters and Papers from Prison (pp. 27-28)

Posted by musicalpreacher at Wednesday, March 24, 2021

Say No to "Christian" Nationalism

I have signed this statement from evangelical leaders from across the United States. I hope that other Christian leaders will also take a stand. We need to call out this “Christian nationalism” associated with the insurrection.
I do not believe that this extremist movement is truly Christian (the word "Christian" means "little Christ" and it's a way of living, not just a set of doctrines and certainly not an ideology). Being patriotic is a good thing. For me, this crazy co-opting of Christian symbols and identity with extremist politics, white supremacy, and anarchy needs to be addressed openly. It is antithetical to the teachings of Jesus.
I want to clarify that I stand against all violence and destruction by any political group, though I believe everyone has the right to peacefully protest. I value the voice of Christian conservatives as well as the voice of Christian progressives. I have varying opinions on matters because my beliefs are rooted in the gospels.
For me, this letter from evangelical leaders is about a unique situation theologically, similar to the KKK using Christian symbols and language. You can find the statement here.

Posted by musicalpreacher at Tuesday, March 02, 2021

John Rutland, George Wallace, Communion, and the Kingdom of God 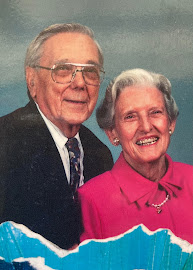