Why is Easter All Over the Map? 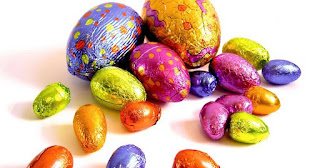 This is my column which was published in The Arab Tribune on Saturday, April 13, 2019.

Few things can be more mind-boggling than the dating of Easter. Who made that decision? And why in the world is it all over the place?

That’s basically because we decided it was, a long time ago. It never gives any indication in the Bible that this was the date (don’t tell your kids we don’t really know when Jesus’s birthday is!). In the wisdom of the ancient church, a winter festival was co-opted and Christianized. I don’t mind. It’s brilliant, actually. Bring on the yule logs and the wreaths.

Easter’s not so simple, however. How do we know when it is (besides just trusting your calendar)? The short answer is that Easter is the first Sunday after the first full moon, on or after the vernal (or spring) equinox. Try to say that with your mouth full. The spring equinox is when the axis of the earth lines up with the sun, the day and night are the same length, and spring officially begins.

It is all because we DO know when Easter happened. The resurrection was the week of Passover, according to scripture. That’s incredibly significant, since Jesus instituted communion on Passover night, just before he was betrayed. And the first Easter happened on the “first day of the week,” so it’s always Sunday. In fact, the resurrection is the whole reason we meet on Sundays.

So in 325 Ad, the Council of Nicea determined the dating of Easter, and they decided to keep it tied to Passover which was (and still is) calculated on the Jewish lunar calendar. It’s different dating than the Gregorian calendar we have used in the West since 1582 (its predecessor, the Julian calendar, is still used in parts of Orthodox faith and is 13 days “behind” … the reason that in Russia, Christmas is on our January 6!).

There it is, mystery solved, it’s the first Sunday after the first full moon after the spring equinox. But here’s the thing. That’s the rule, but it’s kind of like “I before E except after C” … there are caveats and exceptions. And this year was one of them.

Are you ready to be even more mystified?

All this is based on the “ecclesiastical date,” or the Church’s date, of March 21 as the spring equinox. The actual astronomical event of equinox varies between March 19 and 22, and the date depends on your time zone. Since it is calculated based on the fixed date of March 21, this was one of those “weird years” with a confusing exception.

The astronomical event of equinox was on March 20, while the full moon was actually on March 21 (in some time zones). So Easter should have been March 24, right?

Are you confused yet? Easter is based on the next full moon on the “ecclesiastical” calendar, which is April 18. My brain is tired just thinking about it.

So, what are the earliest and latest Easter dates, since we are talking about this wacky way of calculating it?

The “Paschal Full Moon” (that’s another word for the Church’s date of the first full moon after the equinox, coming from the word “Passover”) ranges from March 21 to April 18. It is way too confusing to explain how the ancient church figures that, but the simple explanation is it is based on a 19 year cycle that approximates astronomical facts.

Since Easter happens on the Sunday following the Paschal Full Moon, it can fall on any date between March 22 and April 25. So …

What can I say, my birthday is April 22. When I turned 8 years old, Easter was on my birthday (that was 1973). We had a huge church egg hunt at the city park for my birthday party (never mind that it was Easter, I thought it was just for me!).

If I live until 2057, my birthday will be on Easter one more time. The third time will be the charm. Can I live to 92? Sounds good to me!

Steve West is a husband, father, minister, musician, and writer who pastors Arab First United Methodist Church. His blog, “Musings of a Musical Preacher,” may be found at www.stevewestsmusings.blogspot.com.
Posted by musicalpreacher at Monday, April 15, 2019 Links to this post

Why Does Easter Move Around? 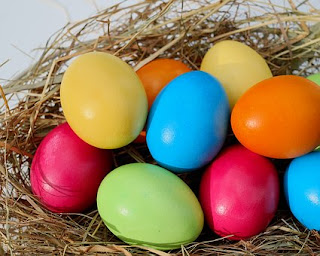 I prepared this for a Rotary Program on April 9. I hope you find it interesting!

Easter is the first Sunday after the first full moon after (or on) the Spring Equinox. That’s the short answer. But there’s more …

Why? The resurrection happened the week of Passover. In 325 AD, the Council of Nicaea determined the dating of Easter. Passover was (and is) calculated by the Jewish lunar calendar, not the Gregorian calendar we have used in the West since 1582 (its predecessor, the Julian calendar, is still used in parts of Eastern Orthodox faith and is 13 days “behind").

There are confusing exceptions! The Church’s date of March 21 is considered the spring (vernal) equinox, regardless of time zone, while the actual astronomical event of the equinox varies between March 19 and 22.

Easter 2019 is based on the next full moon on the “ecclesiastical” calendar, which is April 18.

The “Paschal Full Moon” (another word for it) ranges from March 21 to April 18. Since Easter happens on the Sunday following the Paschal Full Moon, it can fall on any date between March 22 and April 25.

My birthday is April 22. When I turned 8 years old, Easter was on my birthday (1973). We had a church egg hunt for my birthday party (never mind that it was Easter, I thought it was just for me!)