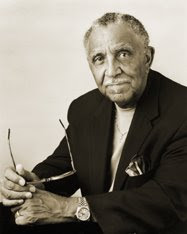 Those of us who are Methodist might appreciate this article written by Kathy Gilbert about a prominent United Methodist pastor and Civil Rights leader partipating in the inauguration. As we pray for our President Obama, let us pray that he might be the servant leader God would desire him to be.

The Rev. Joseph E. Lowery said he had some hints he might be the pastor to give the benediction at the inauguration of president-elect Barak Obama.

But the cell phone call still took him by surprise.

“He (Obama) called me on my cell and left a voice message,” he said. “When I called him back, I asked to speak to the 44th president of the United States and he answered, ‘Brother Lowery, I think that would be me.’ We both laughed.”

After joking with Obama for a moment, Lowery said he had to pause to catch his breath. “Suddenly, I remembered I was speaking to the 44th president.” He said the thought of speaking to the first African American elected as president was overwhelming.

Lowery, 87, a well-known civil rights leader who was a friend of the Rev. Martin Luther King Jr., will deliver a two-minute prayer during Obama’s inauguration.

“They tell me I will be able to look out and see the Lincoln Memorial where Martin Luther King Jr. gave his ‘I Have a Dream’ speech. I am going to pray with my eyes open because I know I will see Martin smiling at us,” he said.

Lowery said as he was fighting for the rights for African Americans to vote more than 40 years ago, he never dreamed he would actually see the day when an African American would become president.

“We used to say, ‘Someday an African American will be president,’ but we never thought it would happen in our lifetimes.”

He added he never imagined he would be taking part in the inauguration.

Obama’s election is the first step to seeing King’s dream fulfilled, he said.

“I am not so concerned about what I will say as I am whether I will be able to get through it. It is going to be so emotional,” he said.

Lowery co-founded the Southern Christian Leadership Conference with King in 1957. King named him chairman of the delegation to take demands of the Selma-to-Montgomery March in 1965 to Alabama Gov. George Wallace. Wallace had ordered the marchers beaten—an episode that became known as “Bloody Sunday”—but apologized to Lowery in 1995 as the civil rights pioneer led the 30th anniversary re-enactment of the historic march that led to the passage of the Voting Rights Act.

As a United Methodist minister, Lowery was elected a delegate to three General Conferences and presided over an annual conference as acting bishop in 1966. His prophetic voice was instrumental in moving the church toward the goal of inclusiveness. He served as pastor of United Methodist churches in Mobile and Birmingham, Ala., and Atlanta, where he led Central Church for 18 years.

Obama also selected the Rev. Rick Warren to give the invocation at the inauguration. Warren, pastor of Saddleback Church in Orange County, Calif., is openly opposed to gay marriage, and Obama’s selection of him has drawn criticism.

Mike Newdow, an atheist, has filed a federal lawsuit against Warren and Lowery to block prayers and any mention of God during the inauguration.

Lowery said when Obama extended the invitation to Warren he was just keeping his word. “He said he was going to reach across lines, and that is what he is doing.

“I disagree with some of the things Rev. Warren has said about homosexuals,” he added.

However, Lowery said he respects the president’s choice.

“I am not afraid to stand with people with whom I have differences,” he said. He recalled during the aftermath of the civil rights battles he gave a workshop on race relations for members of the Ku Klux Klan.

“A judge gave them a choice of going to jail or taking my workshop,” he said. Laughing, he added, “About five of them took the class.”
Posted by Steve West at Monday, January 19, 2009