Twenty-Five Random Things About Me 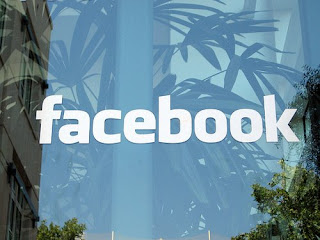 Facebook is quite a craze and I'm afraid I'm hooked. I recently posted "Twenty-Five Random Things About Me" so here they are for you!

1) In 7th grade, I won 1st place in the Jefferson County Math Tournament. My weakest subject was English. What do I do all day now, math or English? Go figure.
2) I was a terrible little league baseball player. One year I got “Most Improved Player” award … with a zero batting average.
3) I was named “Patient of the Quarter” for ReLife after doing well in therapy from knee surgery in 1993. They wrote a feature article about me. Does that make up for #2?
4) I have met two presidents, Carter and Ford. I met Dukakis too but he didn’t make it to president.
5) My father, both grandfathers, 3 cousins, and 2 uncles were Methodist preachers. My great, great, great grandfather and his 2 brothers were a trio of circuit riders named Taylor in the 1820’s. As if that were not enough, I married a Methodist preacher, and she has more than that in her own ancestry. With those genetics, my kids are in trouble.
6) My grandfather Hamby was deputized and carried pistols to the pulpit when leading a revival in the bootlegging town of State Line in the 1920’s.
7) When I first met my wife, she didn’t believe me when I told her my name. I was sitting with three other guys she already knew (all named Steve).
8) My wife is a direct descendant of Rev. Samuel Swayze, the first protestant minister in the Mississippi territory. One of his other descendants, Patrick Swayze, is Sandy’s most famous distant cousin.
9) I was called out of an audience of 5,000 to be an audience participant in the “Indiana Jones’ Stunt Spectacular” at Disney World. My shining moment in show business.
10) I am an avid Star Trek fan. What more can I say? Resistance is futile.
11) I am the proud owner of 2 four wheelers and a trailer … and know how to use them.
12) I have had 14 devotional articles or hymns published in “Alive Now,” “The Huntsville Times,” or by Abingdon Press or the General Board of Discipleship.
13) I replaced professional trombone player Harry Waters as first chair trombone at Grissom High School. Never mind that I replaced him because he graduated.
14) While we’re talking trombone, I made 2nd chair Red Band in All State.
15) There is a building at Young Harris College named after my Great Aunt and Uncle, Edna and Alva Maxwell.
16) My wife has Wests in her ancestry. Trust me, we looked into it to make sure we’re weren’t close cousins.
17) Sandy and I had our first fight the day after we had our first date. Might as well get it over with. My roommate had invited her to a party I was at, and I got insanely jealous.
18) I started a fire in my school band room in 8th grade. I didn’t mean to … I was innocently throwing a smoke bomb into a locker. It went down behind the lockers and lit the paper and valve oil. The wall went up in flames and I started yelling “fire” and ran to get the band director. They thought I was the hero and I didn’t get caught … the Fire department investigation “revealed” the reason for the fire was spontaneous combustion.
19) I stole money from the church in 8th grade. Lifted an envelope from an offering bag left in the church office. My mother had a weird feeling about it, and made me force open my locked cedar chest which had the money in it. Caught red handed.
20) That same year (punishment for #18 and #19?) my Boy Scout Troop abandoned me and my tentmate during a tornado at Stone Mountain. Each vanload thought we were in the other. Our tent blew down, and we woke to find an abandoned camp with a black swirl passing over in the sky above our heads. Pretty exciting.
21) In 8th grade, I had a major bicycle wreck (what is it about that year?). My brakes went out on a downhill slope. Avoiding a truck, I ran off the road and hit a bush. I flipped over and landed on my face in the gravel. That’s why I look this way.
22) I have Vitiligo, a skin pigmentation disorder (google it). White patches all over one knee and my rear end (TMI?). Glad it wasn’t my face or arms.
23) My first kiss was at Camp Sumatanga in 7th grade. Quite memorable … but not because it was good.
24) Actually, that wasn’t my first kiss because I kissed my cousin Linda when I was in 3rd grade. It’s not my fault, she dared me. We still call each other “kissing cousins.”
25) I became a follower of Christ at age 10, with my dad on a youth retreat at Camp Lee. I asked him if I could say something at closing worship. I shared that I had been to Sunday School and Bible School all my life, but that weekend I realized Jesus wasn’t just a storybook character, he was REAL. And that I wanted to serve him with my whole life.
Posted by Steve West at Sunday, May 03, 2009