Pulling Ourselves to the Rock 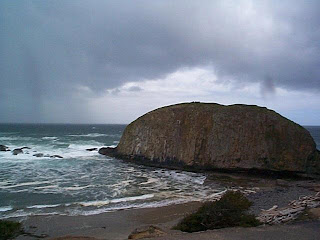 A Spirituality of Prayer

This morning, I ponder what it means to pray. What a journey my prayer life has been. At times prayer has flowed so freely, naturally, and powerfully as a response to God's divine initiative in my heart. Yet at times prayer has felt dry or cumbersome and has required a good amount of effort. Yet in all the ebb and flow of prayer, I sense that God uses even my efforts to draw me to God's very self. Even when prayer seems like work, it is grace.

A few months ago, I was leading a class and was surprised when a parishoner said, "I don't get into intercessory prayer, because once I found out it doesn't really work and you don't get what you want, I thought 'what's the point'." Wow. Stunned, I smiled and gently moved the conversation forward with a reminder that for others, this kind of praying is very meaningful. But I've been thinking about it ever since. How sad that she misses the point of prayer.

Whether intercessory prayer or one of the other ways of praying, the life of prayer is not to move God but to be moved, not to get God's attention but to become attentive. For me, it has been a means of grace, a point of entry into the kingdom of God, and a way of putting my spiritual antennaeus up and sensing a deeper mystery. Prayer changes things, yes. But even more often than that, prayer changes me. It brings healing to my heart, rest to my soul, and perspective to my mind.
Posted by Steve West at Thursday, June 25, 2009