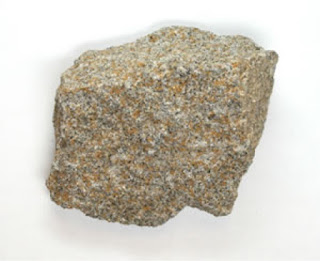 This is a five-minute homily I prepared on Matthew 7:21-29 (the wise person who built his house upon a rock and the foolish one who built on sand). I prepared this complete text for chapel at Sewanee last week, and preached an extended version of it the following Sunday.

"May the words of my mouth, and the meditation of our hearts, be acceptable in your sight, oh Lord, our ROCK and our redeemer."

As a member of the "M&M&M" (that's the "Magnificent Methodist Minority"), I want you to know that today is the first time I have worn a clerical collar under my robe. Some say "when in Rome, do as the Romans do" but I say to you "when in Canterbury, follow suit"!

This "Methodist among us" tells you all that to begin with the words of Charles Wesley, who was never ordained an elder in the Methodist Church, he was one of YOUR most famous priests:

"See the Gospel Church secure,
And founded on a Rock!
All her promises are sure;
her bulwarks who can shock!
Count her every precious shrine:
Tell, to after-ages tell.
Fortified by power divine,
The church can never fail."

There are a number of vibrant metaphors for the church in scripture: the FAMILY we are adopted into, the BRIDE Christ is married to, the TREE we are grafted onto, the BODY we are members of, but today we might notice that Paul's CONSTRUCTION imagery for the church ... living stones in a spiritual house, with Christ as the cornerstone ... has a friend in Jesus' own words:

"Everyone who hears these words of mine and acts on them is like the wise man who built his house on rock."

Honestly, I have not usually been captivated by these construction images. They don't FEEL very fluid. It might be because I am developing a suspicious aversion to institutional thinking in the "second half of life". Or maybe it's because the only kind of construction I'm actually good at is demolition (hand me a sledgehammer!). Or just ask me to construct an argument ... my wife says I'm really good at that.

Rather than being repelled, I have had this voice ringing in my ears every morning for weeks now saying, "let the symbols of scripture resonate within you". So I began to play with this image in ways I never learned in Sunday School.

It's so easy in a culture intoxicated with "us and them" mentality to hear Jesus' words as "us and them" words: you know, some people started out right, and others started out wrong, those are the "SAND people! Woe be unto them!" (Mimicked the sound of a house falling)

Are there places soft and hard, sand and rock, concrete and peat moss sharing space underneath us? Could it be that standing firm in Christ feels like being the Tower of Pisa? It leans south some centuries and north during others, never moving more than a half inch a year but somehow it still stands?

Or do we wonder why our foundations sometimes crumble no matter how well built we think we are?

I have been to the 9/11 memorial in New York. I have seen the massive waterfalls carved from the footprints of arguably the greatest foundations history ever built ... a beautifully stark reminder that in today's world, even a solid foundation is not enough to keep a building up.

So Jesus, what happens if life is just not as simple as either rock or sand?

You may have heard of the Winchester Cathedral. When huge cracks started to appear in the massive walls and arched ceilings in the early 1900's, it appeared complete collapse was immanent. The cathedral was built on peaty soil in a river valley. Efforts to underpin its waterlogged foundations kept failing, for every time they dug a trench to fill with concrete, water just filled the hole. And they were going to have to fill it to 13 feet below the water table. How?

That's when William Walker appeared. He was a deep-sea diver. He plunged under water every day for 6 years placing bags of concrete. Diligently, relentlessly he dove almost every day for 6 years. To this day, you will find a small statue of him at the far end of the Winchester cathedral.

And I wonder today if Christ will show up, with goggles on his face and a snorkel in hand, at the foot of your wall, gently asking your permission to do his work.

Would you give him your consent? Would you to let him dive in, and dive in deep?

"In the name of the Father, the Son, and the Holy Spirit."
Posted by musicalpreacher at Saturday, July 02, 2016