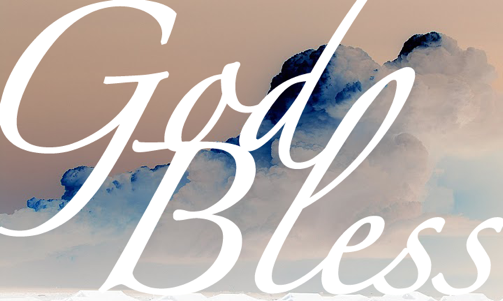 I recently saw a large church-sponsored billboard in a nearby city that said “God bless America.” It had on the billboard the colors of the American flag, shaped like the map of the continental U.S. Underneath it was the name of the church that was sponsoring the rental of the advertising.
That is a good prayer. That is an appropriate prayer. There is nothing wrong with asking for God’s blessings on this nation, the one we call the land of the free.
We desperately need the blessings of God’s divine compassion for others, of justice and righteousness for all people, and of unity that comes with great awakenings of the Spirit such as those that have swept over our continent in times past. These days, we are an increasingly divided, violent, and secularized country that seems to be losing touch with our civility. We have seen difficult times before. Yet we need the blessings of God as much as we ever have.
Yes, there is much good in the midst of life these days, don’t get me wrong. Progress doesn’t come without price, and sometimes it takes time for things to shuffle themselves out in history.
But I have been thinking that if my church were going to spend that kind of money, I think I’d want our billboard to say “God bless the poor, the mourning, the meek, the hungry, the merciful, the pure, the peacemaker, and the persecuted.”
What? Why?
It’s simple. Those are the words of Jesus. We call them the Beatitudes. These are the ones God most wants to bless - the poor in spirit, the hungry and thirsty for righteousness, and the pure in heart. God blesses them in our country and God blesses them beyond our country.
Those are the ones I named in my imaginary billboard above, the “blessed” of the eight beatitudes themselves, in the same order as in Matthew 5.  They are Christ’s very definition of who is blessed in the opening of his Sermon on the Mount.
No, I’m not being un-American, I’m just being unashamedly Christian. I’m certainly not pointing fingers or making any judgments about those who would want to spend money on a billboard to express themselves.
I’m just saying that what makes more sense to me personally are the dear words of Jesus. My deepest desire is that we take the words of Jesus seriously, for the wisdom of his words trumps all cultural values and even, at times, our zealous nationalism.
So if I were going to rent a billboard to pray for blessings, it’s what I’d have to say.
Posted by musicalpreacher at Friday, March 23, 2018