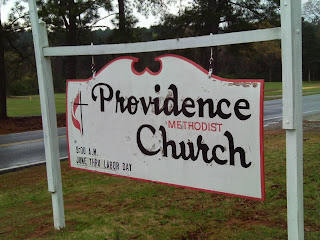 One of the most fascinating characters of my direct ancestry is Rev. Levi Garrison, an early American circuit rider. He is an ancestor of my father and his West relatives. This is the text of an online memorial I have recently placed on www.findagrave.com.

Rev. Levi Garrison was the son of Jedediah Garrison and Jane Candice Williams Garrison of the Mt. Pleasant community near Homer, Georgia. His parents constituted one of two families who founded a Methodist society there before the denomination was officially organized. His father Jedediah was a local pastor.

Levi was ordained by Francis Asbury and was a circuit riding Methodist preacher from 1800-1807. Refusing to stay in an appointment because of a yellow fever epidemic, he was "located" and served for several decades as a local pastor in Anderson, SC. The vote at Annual Conference to reduce his status from elder to local pastor as a result of his refusal to itenerate was 15-14. Yet he did not stop doing what God was calling him to do. Historical records show that in subsequent years as a local pastor, he dedicated the buildings of three churches in the Anderson area: Smith's Chapel, Ruhama (originally Methodist but now Baptist), and Old Providence Methodist Churches. 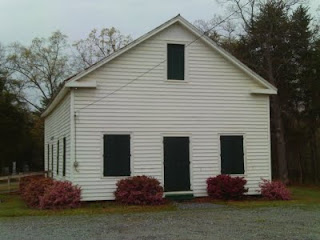 There is a letter in the archives at Wofford College that he wrote to members of the South Carolina Conference concerning his views on the episcopacy in 1831. He refers to himself as and "old souldier among you" recounting his ministry history. The archives also hold a beautifully written obituary he wrote concerning his son Osborn.

Interestingly, Levi's brother, David, was also a Methodist preacher and served in Georgia. Records show he was ordained by Francis Asbury. As strange as it may sound, they had a younger set of cousins, also brothers named Levi and David Garrison, who were Methodist preachers. This set of brothers served churches in South Alabama and are buried there in Covington County. These pastors are related to several others in the Garrison and Meaders lines who were Methodist clergy in early America. Levi and David were common names in several lines of the family. The Garrison legacy in early frontier Methodism is great.

Historical records show that Levi Garrison was buried in the Old Providence Methodist Church graveyard. However, if so his grave is unmarked. Pictured is the most prominent of the several unmarked graves. The grave of his daughter Matilda is found in the graveyard, clearly marked. Providence is still a well-kept, active United Methodist Church in a resort community (it meets during the summer months). 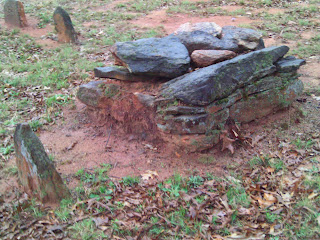 To see the original memorial, go to Findagrave.com
Posted by musicalpreacher at Monday, April 25, 2011