Persecution Can Be a Blessing 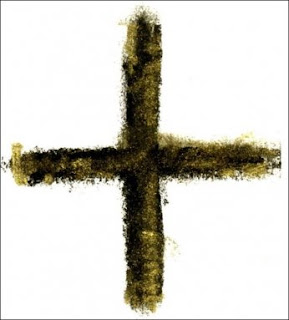 Lord, I was struck yesterday, Ash Wednesday, by my encounter with the very first "station of the cross" on the prayer trail. Jesus was condemned and persecuted.

I may not show it on the outside, Lord, but you and I both know that I let persecution eat away at me on the inside. Somebody gripes or complains. They don't like something I've done. Maybe it's perceived persecution, having more to do with my defensiveness than the conflict or natural disagreement. Or maybe it's real.

Recently, I gently (and, I thought, lovingly) let a friend from my past know I was uncomfortable with something he posted on the internet which felt to me like a racial slur. Yet I was, as they say, "flamed". He insulted me, saying he used to hold me on a pedastal but would never respect me again, that "others were right about me," that I was judgmental and always thought my way was the only right way. It stung. I don't know what might be going on in his heart these days that might have led him to take my concern that way, or why he crossed the line from disagreement to insult.

But standing at the first of fourteen stations yesterday, observing the persecution of Christ, reminded me that persecution can be a gift. Jesus did say "Blessed are those who are persecuted because of righteousness, for theirs is the kingdom of heaven. Blessed are you when people insult you, persecute you and falsely say all kinds of evil against you because of me. Rejoice and be glad ..."

Perhaps I was wrong to share my concern with him if it was not welcome. Maybe it was wrong to assume that if he posted something jazzy on the internet that he was open to comments and conversation. Maybe this was not persecution, really, but rather an opportunity for me to learn.

When humans experience persecution, either perceived or real, it is our way of getting in touch with the wounds of Christ. If I am not rooted in God, I will be drawn into the foxhole to fight and then we all lose. If, however, I am focused on Christ, abiding in my true vine, I approach life with humility and grace. Jesus did.

Oh Lord Jesus, you were defiled, misunderstood, rejected by those whose identity was threatened, and abused. If I think about it, all the anger and latent hostility they had toward the Romans for their occupation was taken out on you. It has never occured to me before now, but their focus on what they expected in a Messiah (and their offense at your claim to that role) was all about this hotbed of hatred and sense of being victimized, this primordial urge to be vindicated. So ... it was not "about you" but about them.

Yet Jesus, you saw a bigger picture. You knew that being grounded was more important than being vindicated. The prayer at the first station I saw on the trail yesterday morning is my prayer:

May we feel no bitter hatred
When we too are persecuted,
Left alone to walk with YOU.
Posted by Steve West at Thursday, February 26, 2009