A Look at the Past to Discover the Future (pt. 4) 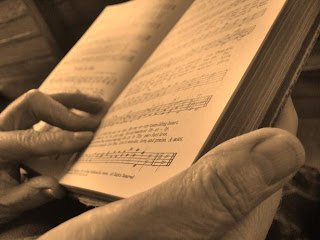 What will our next hymnal be like? This is Part 4 of a paper presented to the NAC Historical Society on the movement of Methodist hymnody in the United States. I've learned some amazing things about the creative tensions of the past that could guide us into the future.

In 1780, late in life and four years before the denomination was officially formed, John Wesley issued A Collection of Hymns for the Use of the People called Methodists. I have a copy of the 1805 edition and a later edition (date unknown) with an 1831 supplement. The vast majority of the 525 songs were of Charles, though there were a few from John, Isaac Watts, and others. John also published the tune book Sacred Harmony in that same year, 1780, to provide some tunes to accompany this large collection of texts. This is of profound importance because this hymnal represented a shift. This was a first attempt to solidify, into one book, the singing of Methodism.

John Wesley said in the preface that “it may be doubted whether any religious community in the world has a greater variety” of hymnals and noted that “people were bewildered in the immense variety”. There was desire for one book for all occasions. He continues, "It is not so large as to be either cumbersome or expensive; and it is large enough to contain such a variety of hymns as will not soon be worn threadbare. It is large enough to contain all the important truths of our most holy religion, whether speculative or practical; yea, to illustrate them all, and to prove them both by Scripture and reason; and this is done in a regular order. The hymns are not carelessly jumbled together, but carefully arranged under proper heads, according to the experience of real Christians. So that in effect this book is a little body of experimental and practical divinity.”

As a result of this move toward standardization, this became the new tradition to follow. So naturally, divergence began! Alternatives to the “Large Hymn Book,” as the 1780 Collection came to be called, were developed. “Pocket Hymn Books” were first published in England in 1785 and 1786 by Wesley, with more Wesleyan hymns. Shortly after in America, Pocket Hymnbooks were published in New York and Philadelphia in 1786 and 1802 using representatives from each annual conference, with a supplement in 1808 compiled by Bishop Asbury. These were cheaper and easy to travel with circuit riding, but each of them also notes they were “collected from various authors.” A divergence from British Methodism had begun and singing was taking on its own shape on our continent. The preface of the 1808, signed by Frances Asbury, Thomas Coke, and Richard Whatcoat, describes the reasons for divergence against older Wesley collections, the Large Hymnbook, and Wesley’s Pocket Hymnbooks: “The Hymn-Books which are already published among us are truly excellent…The Select Hymns, the double collection of Hymns and Psalms, and the Redemption Hymns, display great spirituality, as well as purity of diction…The large Congregational Hymnbook is admirable indeed, but is too expensive for the poor, who have little time and less money…The Pocket Hymn-Book, lately sent abroad in these States, is a most valuable performance for those who are deeply spiritual, but is better suited to the European Methodists … and at the same time [this] is so portable, that you may always carry it with you with you without the least inconvenience.” Our creative tension was playing itself out.

At times, even these were not available on the frontier. Historian John G. Jones reports that the Mississippi Conference commissioned Sellers’ Selection of Hymns and Spiritual Songs in 1816 in pamphlet form, due to the lack of availability of official resources and the expense of shipping by sea when continental travel was not possible. Obviously, it bothered the leaders, because for much of Methodist history, prefaces included something similar to this humorous note in the 1808 Pocket Hymnbook: “We must therefore earnestly entreat you, if you have any respect for the authority of the Conferences, or of us, or any regard for the prosperity of the connection, to purchase no Hymn-books, but what are signed with the names of your Bishops. And as we intend to keep a constant supply, the complaint of our congregations, ‘that they cannot procure our Hymn-books,’ will be stopped.”