A Look at the Past to Discover the Future (pt. 8) 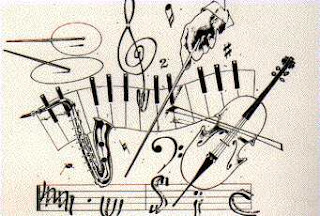 What will our next hymnal be like? This is Part 8 of a paper presented to the NAC Historical Society on the movement of Methodist hymnody in the United States. I've learned some amazing things about the creative tensions of the past that could guide us into the future.

As we look forward to our next hymnal, we can embrace the new realities of both music and medium or we can bury our heads in the sand. But more than anything, I am proposing that we can not proceed as if these struggles are somehow new. Technology has changed the way it looks and the way it works, but the creative tension is the same as it’s always been, and the same as it always will be.

Creative dynamics become “worship wars” when fueled by ignorance of our own story and emotionally charged by our own preferences. Yet if we broaden our minds to embrace the whole, we find that layer upon layer of spiritual outpourings have developed worship full of passion for both vernacular, evangelical, contemporary singing and traditional, liturgical, time-tested song. We are “both/and” singers with a thirst for new sounds and texts as well as keeping one foot in the door of ancient ways.

There will always be churches that want a paper hymnal in their hands, and we benefit from a hymnal with the gems that emerge from each era of our spiritual history. Yet I was on the floor of General Conference when one delegate debated, “Why do we need a new hymnal? My church doesn’t even use hymnals!” Listening carefully, I realized we are playing out the same historical tensions between official liturgy and vernacular song, now fed primarily through a world of online resources.

I loved sitting in as an alternate delegate to cast my vote in favor of a new hymnal project. I found myself sitting next to Andy Langford in the only seat left on the bus on the way back to the hotel, recognizing him as the presenter. I gave him an earful of excitement about what a new hymnal might be like. He encouraged me to put my name in for consideration as part of the Hymnal Revision Committee. I got as far as being one of 10 representatives nominated by the Council of Bishops. I was struck from the final list due to considerations of inclusivity, which I agree with. But alas, as you probably know, in the end the project was cancelled due to the economic downturn and loss the funds the GBOD would have used for the project.

When new hymnal does in fact come, what will it be like? Though our last two hymnals sold 4.5 million copies each, I wonder if hymnals as we have known them in the past are doomed to be only marginally successful. The reality of vernacular song that is resourced online is that worship singing changes faster and faster. Like the time when bookbinding technology made hymnals possible and changed everything about congregational song, new technology is creating new possibilities. A new hymnal, if successful, will look forward as well as backward. How can we develop a hymnal that will not deepen the ongoing divide between what is officially in the hymnal and what we unofficially sing?

Toward a “Bridge Hymnal”

I propose what I call a “bridge hymnal”, a hybrid that is both a paper book you can hold in your hands and also an entry key into a vast buffet of online resources. The bound version would continue to be a common rule that forms us spiritually, keeping us grounded in the best of our many traditions and connected to others across the world. But the accompanying online resources would reflect our growing diversity with a larger body of offerings. They would be well organized, high quality, and available for print and legal use as inserts by virtue of ownership of a set of hymnals and perhaps a small annual fee. The advantage over our present day unbridled “fending for yourself” online would be that this would expand our offerings, but after having gone through a screening process that provides cohesiveness and connectional identity in our Wesleyan spirituality. In addition, by focusing on a particular body of offerings, we could develop an array of downloadable resources such as customizable arrangements in different styles or alternative tunes, PowerPoint slides, audio accompaniment, printable PDF files of music for bulletins and inserts, or anything else churches want. We would need to keep the site accessible, easy to use, relevant, and well maintained.

This would be a monumental historical shift in what a hymnal is for. If I have succeeded, I have shown that the officially published hymnal is only part of our creative story. New waves keep coming. For the first time in history, technology offers us the opportunity to publish a hymnal bridging the two sides of this creative tension in one creative effort. There would be no need for the expense of official supplements or unofficial alternatives. The online resources could be so well done, and continually revised, that it is a very attractive package for a new generation.
The role of the hymnal would fundamentally change, but the dynamics that call for it are the same creative tensions we’ve always had. For the first time, the hymnal would not be a limiting and excluding resource (people get more bent out of shape over what’s not in it than what is). It would be a formative rule, yes … but it would also be a formative gateway into a larger body of carefully selected resources capturing the best of our diversity. In addition to resourcing the more evangelical and vernacular edge of Methodist worship, we could also achieve a level of cultural diversity that can not be truly claimed by having a hymn or two from an ethnic tradition or subculture in a single-book resource. We could also go deep as well as wide, offering emergent liturgical resources for a new generation singing ancient song for the first time.

The technology of “print on demand” presents additional possibilities. Hymnals themselves could be customizable. The largest portion of the hymnal could be standard, with a small section customizable in content. It could be sheer choice, but more reasonably, there could be a few collections to choose from. Churches with a particular ethnic influence or spiritual flair could have a hymnal somewhat tailored to their needs.

We are due for a new treatment of the psalms. We are experiencing an emergent swing back to the contemplative, the experiential, and the simple. The “hymn explosion” of the previous generation, with writers of thick poetry such as Brian Wren, is giving way to this. One of my criticisms of the 1989 hymnal is that it needed to move farther past the “responsive reading” concept. The “red dot” method intended to make an entire psalm singable with the tune of the sung response is confusing and unusable. So psalms are read, if used at all in our increasingly multi-sensory world. Psalms should be sung and experienced, reclaiming the powerful heritage of metrical psalmody. A good model for how this could be accomplished is in the new 2006 Upper Room Worshipbook, which treats the psalms in different ways, rather than setting them all in the same way. I have copies to show with the psalm section in the middle. Consider the treatment of Psalm 42 using the praise song “As the Deer” and the use of everything from chant and metrical psalmody to jazz and blues.

You will also notice that the Upper Room Worshipbook presents an interesting swing back to the previous style of listing multiple texts with common tunes. This is older than what we have been accustomed to in recent hymnals, but comes simultaneously with the separation of text and tune due to digital projection. If we pay attention to what is already happening, the next hymnal will be different than the previous few in terms of tune being married to text.

There will be no reason to include topical, metrical indexes, and tune indexes in a printed hymnal, since much more thorough and updatable ones can be offered online. This would save money or make more space for hymns. I do appreciate the expansion of liturgical resources in the 1989, though our next hymnal could reduce the space given to this because we no longer need to offer the variances of former EUB and Methodist traditions. The baptismal liturgies need to be simplified.

These are a few ideas to ponder as we prepare for the next wave of the Spirit. We’ll see how history continues to repeat itself. It always does.

A hymnal that looks backward, celebrating our heritage but without any essential changes, might be marginally successful but could completely miss the mark as official hymnals did before the Songs of Zion and the Cokesbury Hymnal came out. Let’s pay attention to our own history. Ironically, the question is still whether to include what is going on in Nashville or not, because one way or another, what’s going on in Nashville will get to the people!

If we are not careful, the divide may deepen and the hymnal may be jettisoned from many churches as a relic of the past. But a hymnal that embraces new realities could be amazing, comprehensive, and bridge-building. Once again, the people called Methodist could set the pace for the Christian world with a revolutionary new hymnal that could fuel an evangelical awakening. It wouldn’t be the first time.