A Look at the Past to Discover the Future (pt. 5) 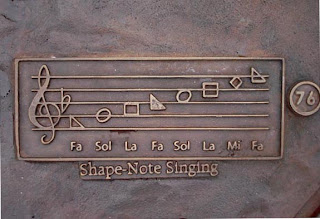 What will our next hymnal be like? This is Part 5 of a paper presented to the NAC Historical Society on the movement of Methodist hymnody in the United States. I've learned some amazing things about the creative tensions of the past that could guide us into the future.


Wave #3 – The 1821 Hymnal and the “Songs of Zion” that Followed
Another shift is represented by the 1821 Collection of Hymns for the use of the Methodist Episcopal Church, in part because it brought about a new ordering and standardization of tunes, but also because it showed that the recently popularized Pocket Hymn-books had already become the new rule. It is entertaining to read the preface, which begins “The Hymn-book heretofore in use among us, has been thought by many to be defective, partly on account of the mutilated state of many of the hymns, and partly because of it being divided into two books.” This refers to the 1802 Pocket Hymn book and its separate 1808 supplement, now the main hymnals of the new American church, having ousted Wesley’s collections.

The 1821 Collection still did not include tunes with the texts, but it cross-referenced an official tune book, which also began publication in 1821. I own 1832, 1840, and 1846 editions of this hymnal as well as an 1833 edition of The Methodist Harmonist. The subtitle of the tune book is “Containing a Collection of Tunes from the Best Authors, Embracing Every Variety of Metre” indicating to us its goal of expansion. Notice the meters listed in the hymnal to assist the musicians to cross-reference to the tune book, and notice the shape notes. This was the first Methodist shape note tune book. Shape note singing with its characteristic oblong tune book had become a part of American culture since singing schools rose in New England in the late 1700’s, but was storming the South and Midwest during the early 1800’s. These two books represent a fundamental shift, not only because it attempted overcame the freeform association between hymn books and tunes, but it was another attempt to bring the fold under one hymnal in a uniquely American format. But as always, a new development was brewing. Here came the twofold creative tension again!

The outdoor camp meeting movement was sweeping the country. It was a rural phenomenon and almost exclusively Methodist, yet its repertory was neither accepted into official hymn books nor spread through any sanctioned camp meeting or revival songbook. Two distinct bodies of folk hymnody intermingled and influenced each other, one being African American Spirituals passed on by oral tradition, and the other being the shape note singing of the singing schools. They came together to create the new “evangelical hymn.” Evangelical hymns that emerged from camp meetings include songs such as “Marching to Zion” and “I Am Bound for the Promised Land” as well as spirituals such as “There is a Balm in Gilead” and “We Are Climbing Jacob’s Ladder.”

American tunes blossomed during the camp meeting period largely because of the father of American church music, Lowell Mason. He wrote tunes such as “Antioch” (“Joy to the World”), “Cleansing Fountain” (“There Is a Fountain Filled with Blood”), and “Dennis” (“Blest Be the Tie that Binds”). Lowell Mason wrote 1600 hymn tunes.

The need for new resources was great while this movement was being completely ignored by official hymn books that favored Wesley hymns. The divergence of publishing houses was not between England and America this time, but between the newly divided north and the south. A hymn collection was published by the Methodist Episcopal Church, South in 1847 followed by one in the northern church in 1849. I have a copy of both. They each had over 1,000 hymns. The preface to the northern hymnal tells us much about the creative tension of the time, saying “We urge you, therefore, by your regard for our Church, and for the authority of the General Conference, to purchase only such Methodist Hymn Books as are published by our Agents, and have the names of your Bishops.” This would only need to be said if people were still finding songs elsewhere.

Something very important happened here. Alternate publishing had begun in Nashville, and this opened the door to Nashville’s role in playing out the creative tension between the “vernacular and evangelical” and the “mysterious and liturgical” through the rest of our history. Influenced by the camp meeting movement, the southern church produced the first Songs of Zion in 1851. Songs of Zion has been an ongoing force ever since. Even as we were divided over slavery, a social issue the south was clearly wrong about, southern worship and camp meetings were multi-racial experiences. A large percentage of southern Methodists were African American, the majority which were of course slaves. It is important to note that it was the southern church that first published spirituals and camp meeting evangelical hymns, the new vernacular song of the generation after the Wesleys.

I have a subsequent edition of the northern church’s hymnal from 1857. This is a shift in itself, since as far as I can tell, this is the first time tunes appeared with texts. Notice that hymn numbers from the previous 1849 edition remain intact but are rearranged under corresponding tunes. The south followed with a tune edition three years later. This revolutionary new way to publish hymnals replaced the numerous tune books that song leaders, or “tune-smiths” as they were called, had to own.