A Look at the Past to Discover the Future (pt. 7) 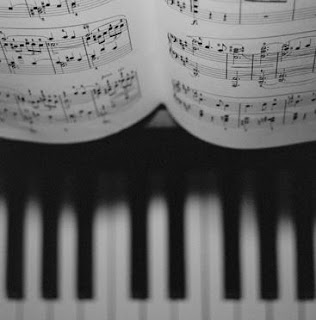 What will our next hymnal be like? This is Part 7 of a paper presented to the NAC Historical Society on the movement of Methodist hymnody in the United States. I've learned some amazing things about the creative tensions of the past that could guide us into the future.

I see the 1966 and 1989 hymnals as one fundamental shift. The hymnals seem so different from each other to those us who have been through both of them, but in the grand scheme of things they represent the same movement. They were the first ventures of our new denomination (the 1966 was just shy of union in 1968). They also shared the same editor, Carlton Young, and shared similar goals.

The 1989 hymnal did set out to correct and improve the previous one, especially in the area of inclusive language (one of the more controversial and difficult tasks of their assignment) and it included more ethnic diversity. The 1966 had been the first mainline hymnal to include a Native American hymn, “Many and Great.” The 1989 added verses of various hymns in other languages, a little sprinkle of the global. The 1966 hymnal was criticized for lack of African American spirituals (only 5 spirituals under the heading “American Folk Hymn”). In the 1989, 30 were included from the Songs of Zion tradition.

But both hymnals represented a shift toward the liturgical. Responsive readings melded into a Psalter with sung responses. There is clearly a pendulum swing back toward psalm singing. Liturgies for Morning and Evening Prayer were included, as well as an expanded number of creeds. Social gospel hymns were intentionally included. The 1989 represents a return to more ancient Eucharistic liturgy and patterns of worship than previous editions with a more Wesleyan flair.

You might guess what form of vernacular and evangelical resources I would highlight that have emerged following the official hymnal we presently use. There has indeed been another explosion, but this time, technological revolution has changed everything. We are not “bound”, if you will excuse the pun, to paper hymnals! The marketing of contemporary Christian music and, more recently, online licensing and internet resourcing has created a new world of legal access to a multitude of resources.

Now that video projection (what my friend calls “off the wall singing”) and licensing for printing of song words in bulletins is possible, hymnals are not needed to try new songs. This is a fundamental shift. Some complain that they miss seeing the music, and yet others feel freer to worship without music in a “sing-a-long with the radio” culture. We should notice that this is not new. It is a pendulum swinging back. Most hymnals of our history were words only, without music printed.

The genre of praise music was both a move toward vernacular language and popular sound and, strangely enough, a swing back to the mystery of singing simple words, a sort of new “metrical psalmody”. The irony is that praise music is in a sense more “traditional” than Wesleyan hymns with multiple verses and thick poetry. One of the criticisms I hear is that “we sing the same words over and over.” I gently remind others that in the grand scheme of things, meditative repetition is a more ancient way of singing than seventeen verses of “O For a Thousand Tongues to Sing.” If some texts seem trite to an ear trained for lyrical theology, we should keep in mind that in church music, time is a great sifter. It weeds out poorer quality and leaves us with fine wheat that becomes part of our grand story.