A Look at the Past to Discover the Future (pt. 6) 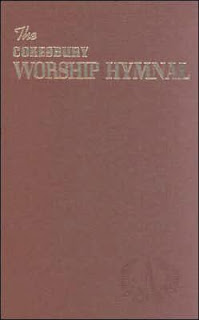 What will our next hymnal be like? This is Part 6 of a paper presented to the NAC Historical Society on the movement of Methodist hymnody in the United States. I've learned some amazing things about the creative tensions of the past that could guide us into the future.


Wave #4 – The 1874 and 1878 Hymnals and the Cokesbury Hymnal that Followed
The 1878 Hymnal of the Methodist Episcopal Church shifted things once again because of the reform it represented, swinging back toward the liturgical side. The southern church had already published A Collection of Hymns and Tunes for Public, Social, and Domestic Worship in 1874 that included a number of songs from the Songs of Zion. These are the first hymnals that appeared with tunes in its first edition, a dramatic and lasting change which “wedded” particular tunes with texts. One of the criticisms of the southern hymnal was that it was too much like the Songs of Zion, so the 1878 northern hymnal became dominant and the southern hymnal short-lived. I have one of each.

The 1878 hymnal included liturgies for baptism and communion. An official order of worship was printed inside the front cover of the 1896 edition. This was a return to Anglican roots that was uncomfortable for ministers who for a century had concocted their own order of worship, influenced by camp meeting experience. The 1878 hymnal greatly expanded the repertory, with evangelical hymns, shape notes songs, Lowell Mason tunes, Handel and Haydn, Lutheran chorales, and Anglican chants. It had everything except the African American spirituals the southern hymnal had attempted.

More hymnals followed suit. The 1882 Methodist Protestant Church Hymnal A Tribute of Praise notes in the preface that “trashy and sentimental compositions have been discarded.” This led to a series of official hymnal publications that represented a cooperative with the two denominations. There was a shift toward the more formal in urban churches and the songleader was replaced by a choir and organ. In 1905, the Methodist Episcopal Church and the Methodist Episcopal Church, South did their first joint publishing venture. Again in 1935 the two denominations published another hymnal with the addition of a third group, the Methodist Protestant Church. This was four years before the merger of the three. These hymnals introduced responsive readings as a new innovation.

However, what is most important to understand is that by now, a southern publishing policy of offering alternatives had developed fairly well. So the creative tension played itself again. This entire period saw the development of the “gospel hymn” during reconstruction days, never honored with official publications. The opposition to this was more southern than northern. Where, the voices demanded, was “Shall We Gather at the River” and dozens of other favorites? This led to the Cokesbury Hymnal, one of the best selling hymnals of all time.

This southern genre of the gospel hymn remains what is perhaps America’s most distinctive and popular song, emerging out of its roots in the camp meeting, singing schools, and African American experience. The greatest example of gospel hymnody is Fanny Crosby, who became a Methodist late in life, and was a blind writer and preacher who wrote about as many hymns as Charles Wesley. She wrote favorites such as “Blessed Assurance,” “To God Be the Glory,” “Near the Cross,” and “Tell Me the Story of Jesus,” dying in 1915. I have a copy of the original 1923 edition of the Cokesbury Hymnal. Notice that it is in shape notes. It is enlightening to read the brief preface, which notes that it was compiled by asking 250 clergy to report what people loved to sing the most. It is illuminating to read the more expanded preface of the next edition in 1928, The New Cokesbury Hymnal, which capsulates what I am trying to say about creative tensions. It reads, “five years ago, in presenting The Cokesbury Hymnal to the people, we said: ‘This book is an attempt to bring back the old hymns and tunes that people love to sing.” It continues “so that we may say that the hymns and tunes contained in it have been chosen ‘by the people and for the people’.”

The obvious implication is that the official hymnals being published did not represent what people loved. Carlton Young wrote that the hymnals between 1905 and 1939 “shunned the unique contributions of USA hymnody: African American religious songs and gospel hymns.” He added that these hymnals were mostly informed by choral and organ literature and hymn singing in Academic settings. So the Cokesbury Hymnal gave people their vernacular song. It sold a million copies in the first two years and went up from there, with the newer Cokesbury Worship Hymnal published in 1938, three years after gospel hymns had once again been left out of the official 1935 hymnal. Carlton Young notes that the controversy “succeeded in separating the church’s main hymnal from most of the people and their song.”

Now we have crossed into the memories of some of us and we can see how this has played itself out in our own lifetimes. In my childhood, often Sunday mornings were given to the official hymnal and Sunday nights to the Cokesbury Hymnal, just as previous generations had done with Pocket Hymn Books. Though these songs seem old to us now, at one time the Cokesbury Hymnal was the vernacular, contemporary music that people loved. It was delightful, rousing, and easy to sing. The twofold dynamics spanning Methodist history had played themselves out again.

Resources have also attempted to swing the pendulum back. The Abingdon Hymnal in 1938 followed by the Upper Room Hymnal in 1942 set out to preserve hymns from our rich past and include new ones. They are full of the historical and the new, but were alternatives to the gospel hymnal, swinging us back to the liturgical side in light of new sounds. This is similar to what the more recent Upper Room Worshipbook sought to do, finding common ground and depth in light of major waves in worship life.

By now, if I have been successful, we are beginning to see all these resources as one massive conversation! They mark the continual swing of the pendulum between both dynamic values of Methodist singing.